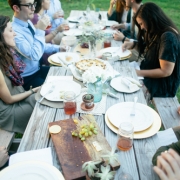 Now the multitude of those who believed were of one heart and one soul; neither did anyone say that any of the things he possessed was his own, but they had all things in common. And with great power the apostles gave witness to the resurrection of the Lord Jesus. And great grace was upon them all. (Acts 4:32-33)

Back in Acts 2:44-45 we saw the sharing heart of the early church. Those verses tell us how they shared with one another and even sold their possessions to help each other. That was true of the church when they were about 3,000 in number. Now, the number of Christians was much greater, and they still had that sharing heart. 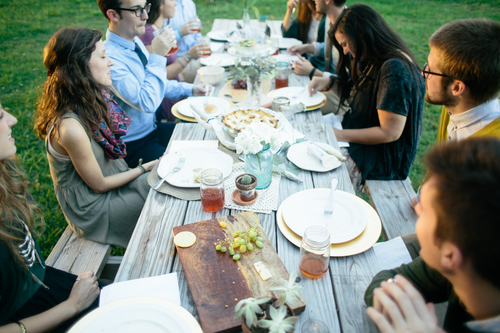 We read of this great generosity: those who believed were of one heart and one soul; neither did anyone say that any of things he possessed was his own. This was true of the multitude, not just a few. To say it simply, they regarded people more important than things. This unity was a wonderful evidence of the work of God’s Spirit among them.

James Boice made an interesting observation about this unity in the early church. It wasn’t the unity of conformity, where everyone is pressured to be exactly alike. This unity was something greater than that; it was the unity of God’s Spirit, centered on Jesus.

The unity and generosity of these early Christians was wonderful to see. Everyone would love to live in a community like that! Yet, those Jesus-focused hearts also experienced something else: with great power the apostles gave witness to the resurrection of the Lord Jesus. This great power was paradoxically both the result and the root of their unified, generous attitude. They put God first, people second, and material things a distant third.

We read that great grace was upon them all. Grace is God’s favor. Without sounding too sentimental, we can say that God’s grace is His smile from heaven. It is the favor and goodness of God to His people. Even better, this wasn’t just grace – it was great grace. One commentator says that literally this was mega grace. The phrase great power can be understood as mega power.

Did you notice who this was for? We read that this mega grace was upon them all. Not just a few special apostles, but for them all.

Today, radically put your focus on the resurrected Jesus. Receive the gifts of His generosity and spirit of unity. Then, receive His mega power and mega grace. It’s for us all!