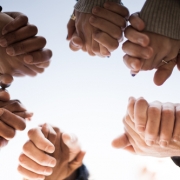 Click Here for a Free Christmas E-Book by Inga-Lill Guzik – Light, Peace, and Hope for Your Christmas

Now all who believed were together, and had all things in common, and sold their possessions and goods, and divided them among all, as anyone had need. (Acts 2:44-45)

There was something special about the early church. They certainly were not perfect, but there was a spiritual life, courage, and true sense of community among them that gives a powerful pattern for believers since their time.

These two verses are a great description of this. We read, all who believed were together. There was an impressive unity and community among believers. We read in Acts 2:41 that among the Jewish people gathered at that Pentecost, some 3,000 responded to Peter’s preaching. Many of those 3,000 new believers came from far away to Jerusalem for Pentecost as pilgrims. 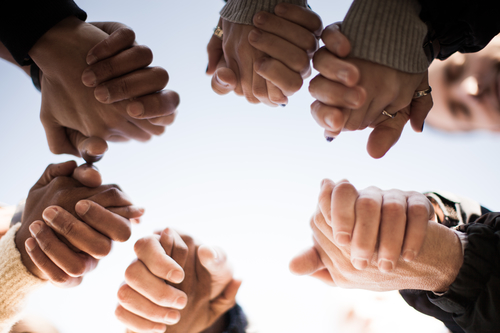 These visitors repented, believed, and were baptized. Afterwards, they didn’t just go their own way – they wanted to grow in their faith and following of Jesus, so all who believed stayed together.

The Jewish people of that day had a tremendous custom of hospitality during any major feast such as Pentecost. Visitors were received into private homes, and no one could charge for giving a bed or a room to a visitor, or for supplying their basic needs. The first Christians took this tremendous feast-time hospitality and made it an everyday thing.

They didn’t just share their lives; they also shared their material possessions. We read that they had all things in common. With so many visitors among the first 3,000 believers, many of them didn’t have jobs. But Christians shared and provided for each other. The early family of Christians had to share if they were to survive.

There have been more than a few people who claim that this was an early expression of communism, or “Christian Communism.” I think that this a misleading and dangerous claim. This was different from communism in at least two important ways. First, it was voluntary. No one forced believers to share their material possessions. No one made them sell their possessions and their goods and to divide them among all. This was voluntary and led by the Holy Spirit.

Forced collectivism – in the form of communism or many forms of socialism – has been a great evil in the world. The goal of a better world through forced collectivism was the claimed justification of the murder of up to 100 million people in the 20th century.

The other difference is that this was temporary. We don’t have any evidence that this continued very long. Instead, it was the spontaneous response to an immediate need.

Yet, there is something wonderful in that they sold their possessions and their goods, and divided them among all, as anyone had need.

The power of God was evident among them because Jesus became much more important to them than their possessions. It was true community.

We all want this kind of community – it sounds wonderful! So today, pray that God would begin with you and give you a sharing heart.

Click here to Make a Year-End Donation to Enduring Word

Born in Bethlehem
Scroll to top