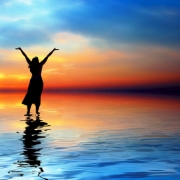 Now God worked unusual miracles by the hands of Paul, so that even handkerchiefs or aprons were brought from his body to the sick, and the diseases left them and the evil spirits went out of them. (Acts 19:11-12)

Acts 19 tells the story of the amazing work God did in Ephesus, and in the whole region that surrounded that great city. It was a remarkable work of the Holy Spirit, deeply rooted in the word of God, and through the hands of God’s willing servants. 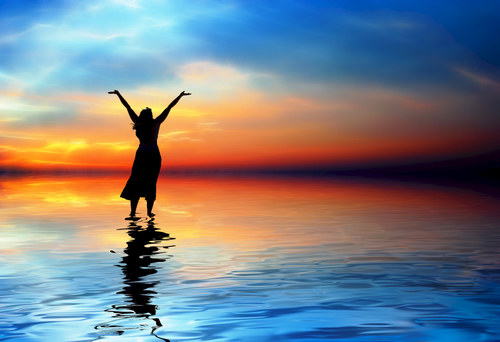 Another part of the amazing work done in Ephesus is described in Acts 19:11: God worked unusual miracles. I suppose that every miracle is unusual, but Luke explained that even for miracles, these were unusual. Luke then gave an example: that Paul’s handkerchiefs (literally, “sweat-bands”) or aprons could be laid on a person even without Paul present, and that person was healed or delivered from demonic possession.

It was unusual for God to use handkerchiefs or aprons in such a way. These were probably part of what Paul wore when he did his leatherworking as he provided for himself and others in Ephesus. These handkerchiefs or aprons were brought from his body to the sick. We don’t really know how this worked, other than the same way that the shadow of Peter (Acts 5:15) or the hem of Jesus’ garment (Matthew 14:36) might heal – these items became a point of contact by which a person released faith in Jesus as their healer.

We can imagine this happening at first almost by accident – perhaps a person in need of healing took a handkerchief from Paul in a superstitious manner and was healed. But it became a pattern that other people imitated. As we will see, the superstitious practice of magic and sorcery was prevalent in Ephesus. So, it should not surprise us that some took a quite superstitious view of the miracles done through Paul.

God will stoop down to meet us even in our crude superstitions. This never means that God is pleased with our superstition, but that in His mercy He may overlook them to meet a need. Many years ago, I remember seeing what looked to be loosely rolled up newspapers on a pulpit in Bulgaria. I was told they were pieces of fabric (wrapped in newspapers) that the pastor prayed over, and they were taken home to sick people. This was a common practice in these Bulgarian churches.

To take the phrase literally, these were miracles not of the ordinary kind. This means that we should not expect that God would regularly use methods like this to bring healing. And, it’s not like Paul possessed some power to do these things. It does not say that Paul did these unusual miracles, but that God worked them by the hands of Paul.

Here is a glorious truth: God works both in the ordinary and the unusual. Test all things, but don’t despise the ordinary, and don’t reject the unusual. Jesus is big enough to work in both!