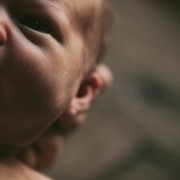 For it pleased the Father that in Him all the fullness should dwell. (Colossians 1:19)

We like the Christmas season and we like to put our thoughts on the baby Jesus. So many aspects of the story appeal to us. We think of two relatively young people out among strangers and in great need. We think of the humble nature of their surroundings – no room in the inn – contrasted with the angelic glory of His birth announcement, even if it was heard only among a few shepherds. We think of the baby Jesus wrapped tight in fabric Mary probably brought with her all the way from Nazareth, knowing she would need it. We think of a little child on a starry night laid down to sleep in a feeding bin for animals. 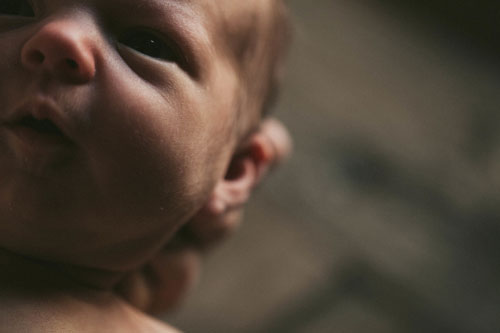 All this is wonderful and true, yet it only scratches at the surface of the greatness of what God did on that night. The child sleeping in that manager was no mere man. God had humbled Himself to come not only in humanity, but in the full experience of humanity.

Theoretically, Jesus could have come to the earth as a 30-year-old man and began His public ministry immediately. After all, the first Adam came to the earth as an adult; perhaps the second Adam would also come that way. Yet it was good and right and important for the God to add humanity to His deity in a way that connected with the full experience of humanity, including the helplessness and dependence of a baby.

Yet make no mistake; Colossians 1:19 is just as true about the baby Jesus in the manger as it was true about the man Jesus on the cross: it pleased the Father that in Him all the fullness should dwell.

It is a broad statement – combining the two mighty words all and fullness. Put those two words together and you mean everything. There is nothing left out from the all and from the fullness, and these two words tell us that in Him– that is, in Jesus Christ – there is all of what makes God really God.

There was a definite idea behind the ancient Greek word Paul selected, the one we translate fullness. The ancient Greek word was pleroma, and it was a recognized technical term in the theological vocabulary of the ancient world, describing the total package of Divine powers and attributes. Paul took all that was implied in that one word and said, “All of this fullness – all of this stuff that makes God who He is – all of it dwells in Jesus.”

Paul also carefully chose his words when it came to “should dwell.” The ancient Greek word for dwell is here used in the sense of a permanent dwelling. There is an entirely different word used for the sense of a temporary dwelling place. Paul wanted to emphasize the idea that Jesus was not temporarily God but He is permanently God.

So long ago, all of that slept in a humble manger on that Bethlehem night.