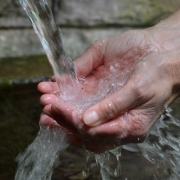 Repent therefore and be converted, that your sins may be blotted out, so that times of refreshing may come from the presence of the Lord, and that He may send Jesus Christ, who was preached to you before (Acts 3:19-20)

As he did in his first sermon (Acts 2:38), Peter called upon his hearers to repent. He told them to turn aroundin their thinking and actions. In the previous verses Peter spoke directly to them about their sin, but he didn’t just want to make them feel bad. That wasn’t his goal. The goal was to encourage them to repent and believe. 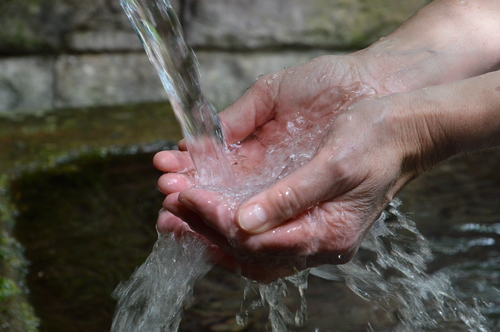 It’s good to remember that repentance does not describe being sorry, but describes the act of turning around. And as he used it before in Acts 2, here also Peter made repent a word of hope. He told them that they had done wrong; but that they could turn it around and become right with God.

It wasn’t only a call to repent, but also to be converted: Peter knew the necessity of conversion, of God’s work of bringing new life to us. Being a Christian is not “turning over a new leaf,” it is being a new creation in Christ Jesus (2 Corinthians 5:17).

One writer says that be converted is better translated, “turn to God” – or, even better, “flee to God.” This connects with the image of the cities of refuge in the Old Testament – we run to Jesus as our place of refuge.

Peter went on to describe two benefits of repentance and conversion. First, that your sins may be blotted out: This was the first benefit of repentance Peter presented to them. The one who repents and is converted is forgiven their sins, and the record itself is erased.

Those sins are blotted out. This has the idea of wiping ink off of a document. Ink in the ancient world had no acid content and didn’t “bite” into the paper. It could almost always be wiped off with a damp cloth. Peter said that God would wipe away our record of sin just like that.

Every sensible person wants their sins to be blotted out. Every weary person wants God to send times of refreshing that may come from the presence of the Lord. If you have repented and been converted, ask God for the true experiential possession of these, in confidence that this is your birthright as one of God’s children. You can talk to God about this today.