“In the eighteenth year of King Jeroboam the son of Nebat, Abijam became king over Judah. He reigned three years in Jerusalem. His mother’s name was Maachah the granddaughter of Abishalom. And he walked in all the sins of his father, which he had done before him; his heart was not loyal to the Lord his God, as was the heart of his father David.” (1 Kings 15:1-3)

The line of kings over Israel began with Saul, but he disqualified himself, so the dynasty of Saul ended with Saul – he was a one-king-dynasty. Then came David, who was perhaps Israel’s greatest ancient king. Next was Solomon, the son of David and the one who built the glorious temple. 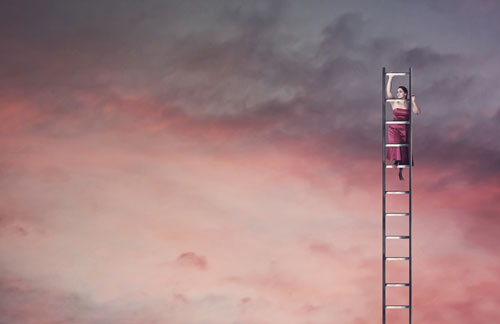 Yet after Solomon came a disaster in the name of Rehoboam. He sunk the kingdom into carnality and civil war, and because of the division soon there were two kingdoms from the twelve tribes of Israel. The king described in 1 Kings 15:1-3 was the son of Rehoboam and he sat on the throne of the southern kingdom, called Judah. That is why we read “Abijam became king over Judah.” This son of Rehoboam only reigned three years, showing that God did not bless his reign.

From the comparing this account with 2 Chronicles 13 we learn that Abijam knew something of the Lord, and he knew how to preach – but he did not uproot the idolatry and sexual immorality that was introduced by Rehoboam. The successor of Abijam (Asa) removed the centers of the sexually-charged idolatry that were so common in the land (1 Kings 15:12-13).

2 Chronicles 13 fills in more interesting details about the reign of Abijam (called Abijah in 2 Chronicles). It tells us how there was war between Jeroboam of Israel and Abijam of Judah, and how Abijam challenged Jeroboam on the basis of righteousness and faithfulness to God. Jeroboam responded with a surprise attack, and victory seemed certain for Israel over Judah – but Abjiam cried out to the Lord, and God won a victory for Judah that day. 2 Chronicles 13:18 says of that war, “Thus the children of Israel were subdued at that time; and the children of Judah prevailed, because they relied on the Lord God of their fathers.” God blessed Abijam’s reign even when it seemed that he didn’t deserve it.

Yet Chronicles also tells us his standing at the end of his brief reign: “But Abijah grew mighty, married fourteen wives, and begot twenty-two sons and sixteen daughters” (2 Chronicles 13:21). In the midst of his victory and good leadership for Judah, he never had the relationship with the Lord he should have had.

We could say that Abijam is a classic example of something more and more common today: the successful failure. He both succeeded and failed at the same time. You might say that he climbed the ladder of success and got to the top – only to find that that ladder leaned against the wrong building. Abijam thought that the most important thing in life was being a good king; he missed what really mattered most: his personal life with God. Don’t make the same mistake in your own life.