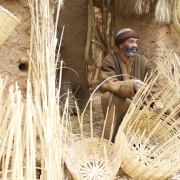 Now after many days were past, the Jews plotted to kill him. But their plot became known to Saul. And they watched the gates day and night, to kill him. Then the disciples took him by night and let him down through the wall in a large basket. (Acts 9:23-25)

Saul of Tarsus – who is more commonly known by his “Roman” name, Paul – was radically changed by Jesus Christ when Jesus revealed Himself to Saul on the road to Damascus. The changes were dramatic, but they were not all pleasant or exciting. Some of them were humbling. 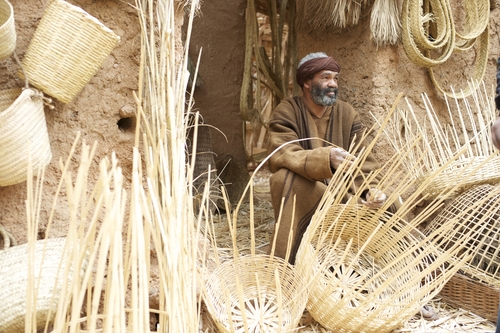 That’s what we read about here in Acts 9:23-25. The many days mentioned were indeed many days, probably a period of about three years, in which Paul also spent some time in obscurity, out of the spotlight, in Arabia. After the time in Arabia he came back to Damascus (this is described in Galatians 1:13-18).

In this period of time, the Jews plotted to kill him. This essentially began the many things he must suffer for My name’s sake the Lord spoke of in Acts 9:16. Saul went to Damascus as a persecutor, but he left that city as someone persecuted.

To escape the danger of death, the disciples took him by night and let him down through the wall in a large basket. Paul made an interesting reference to this event in 2 Corinthians 11:32-33: in Damascus… I was let down in a basket through a window. Paul wrote about this in 2 Corinthians 11 to describe one of the first real perils or hardships he faced for Jesus’ sake. Some 20 years after his escape from Damascus, Paul remember the basket event as his “apprenticeship” in persecution. It was as if he said, “This is how my ministry began and this is how it continues.”

In other words, there was a sense in which – humanly speaking – Paul’s ministry began in weakness and continued in weakness. Is there anything more descriptive of weakness than being let down in a basket over a wall?

This was a powerful contrast between Saul of Tarsus and Paul the Apostle.

– Saul of Tarsus traveled to Damascus full of man’s power and authority, directed against God’s people.
– Paul the Apostle escaped Damascus humbly – by hiding in a basket.

The basket over the walls of Damascus taught Paul that God would protect him when he suffered persecution. But he also learned that God’s deliverance often comes in humble ways. There is nothing triumphant about sneaking out of a city by night hiding in a large basket.

In a way, I suppose that Paul came to love that basket. It brought deliverance in a way that most people would think was humble or ridiculous. In this way, it was a small picture of the great deliverance Jesus won for His people on a humble cross, crucified as the ultimate demonstration of God’s love.

God’s deliverance has come to you in a humble way – don’t ever despise it!