For the grace of God that brings salvation has appeared to all men (Titus 2:11)

This brief statement of the apostle Paul in his letter to Titus introduces a new thought, but even this starting line has a wonderful truth for us to consider.

Paul begins speaking of the grace of God. We remember the greatness of God’s grace, the undeserved favor and acceptance that God gives to those who put their trust in Jesus Christ. 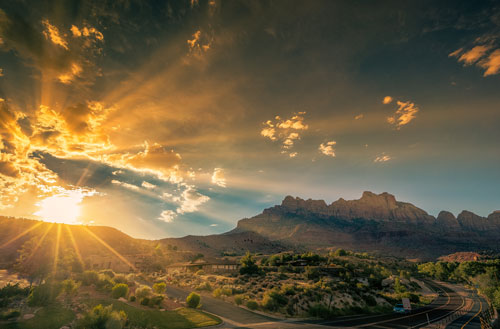 Here Paul considered that the grace of God actually does something: it brings salvation. That’s how great the favor and acceptance of God is. It changes the past, present, and future of the man or woman who receives it. In this sense, salvation isn’t just a ticket to heaven. It means God’s active power and life in the here and now, not just in the eternal future.

Notice also that grace brings salvation. You don’t go out and “get” salvation; it comes to you in the grace of God and you have the opportunity to receive it by faith. That’s one a fundamental difference between Christianity and every other religion or faith system on earth. Many religions tell how to find God and get something from Him. Biblical Christianity is the message of how God, by His grace, brought salvation to us.

The other beautiful thing here is the phrase translated has appeared. According to Adam Clarke, it is the ancient Greek word epiphaino and it means, “has shined out.” Clarke believe this was a picture taken from the shining of the sun. Just as the sun rises in the east and makes its way across the entire globe, so the wonderful grace of God in Jesus Christ started in Jerusalem and began to shine over the entire human race.

Just as with the grace of God, the light and warmth of the sun is for the whole earth; but it does not shine upon the earth all at the same time, nor in the same intensity from place to place. God shines forth His grace according to His wisdom and plan; but we know that He always shines forth His grace through the Sun of Righteousness, Jesus Christ (Malachi 4:2). Seek Jesus, trust Jesus, and let His grace shine on you today.