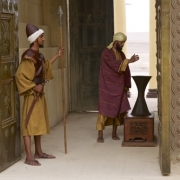 Then the LORD struck the king, so that he was a leper until the day of his death; so he dwelt in an isolated house. And Jotham the king’s son was over the royal house, judging the people of the land. (2 Kings 15:5)

King Azariah (also known as Uzziah) was one of the better kings of Judah. In many ways he honored God and he had a lot of success and power. Yet even good kings have their problems, and Uzziah didn’t end well. He died a leper and a disgrace – because he could not handle his success and power. 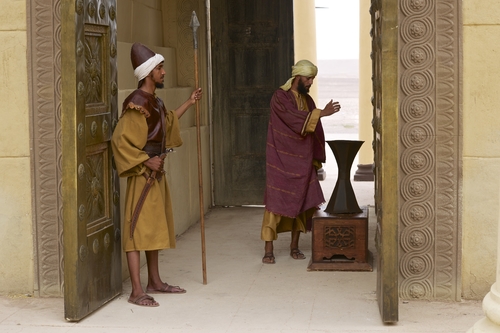 2 Kings 15 tells us it happened, but we learn a lot more about the tragedy of Uzziah’s end from 2 Chronicles 26. There, we read this about King Uzziah who was marvelously helped till he became strong (2 Chronicles 26:15). 2 Chronicles tells us about Uzziah’s pride, seen when he was strong and successful: but when he was strong his heart was lifted up, to his destruction, for he transgressed against the LORD his God by entering the temple of the LORD to burn incense on the altar of incense (2 Chronicles 26:16). The priests tried to stop him, but the king insisted on forcing his way into the temple to offer incense.

Uzziah (Azariah) violated what had become a general principle in God’s dealing with Israel: that no king should also be a priest. It was God’s plan that the offices of prophet, priest, and king should not be combined in one man – until the Messiah, who fulfilled all three offices.

In his last days, he dwelt in an isolated house. Uzziah came into the temple as an arrogant king, but he left as a humbled leper. Indeed, he hurried to get out, because the LORD had struck him (2 Chronicles 26:20). The actual penalty for violating the sacred place of the temple was death (Numbers 18:7). Instead, God struck Uzziah with leprosy, a disease that has been described as a living death.

Even with his tragic end, God used Uzziah even in his death, when he rested with his fathers. His passing contributed to the call of the prophet Isaiah: In the year that King Uzziah died, I saw the LORD sitting on a throne (Isaiah 6:1).

The prophet Isaiah had great reason to be discouraged and disillusioned at the death of King Uzziah, because a great king had passed away, and because his life ended tragically. Yet despite it all, he saw the enthroned LORD God who was greater than any earthly king.

Can you see God, enthroned and greater than all your disappointments?