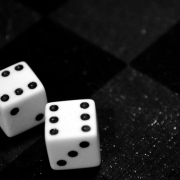 And they prayed and said, “You, O Lord, who know the hearts of all, show which of these two You have chosen to take part in this ministry and apostleship from which Judas by transgression fell, that he might go to his own place.” And they cast their lots, and the lot fell on Matthias. And he was numbered with the eleven apostles. (Acts 1:24-26)

From thinking about what the Bible said, the disciples understood that they had to choose someone to take the place of the dead and disgraced Judas. As it says in Psalm 109:8, another should take the office of Judas. 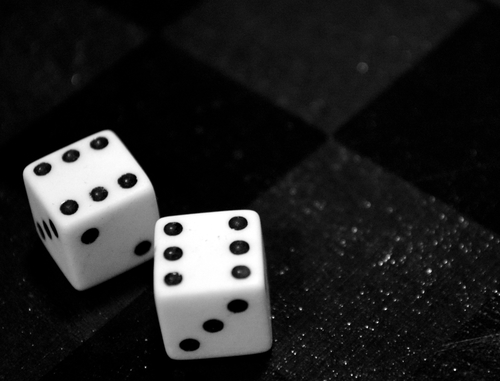 How should they choose the one to become the twelfth apostle? The disciples did the right things. They were in a place of obedience to God. They sought God’s will in the Scriptures. They used some common sense. Added to all that, also they prayed (Acts 1:24). It was easy for them to pray, because they had already been praying (Acts 1:14). They probably remembered times when Jesus prayed before choosing the disciples (Luke 6:12-13).

Then, they did something unusual: they cast their lots. This was essentially rolling dice or drawing straws for the answer. Many have questioned this method – it doesn’t seem spiritual to decide on God’s will by rolling dice.

Still, I think when they cast their lots, they actually relied on God. Though they were not yet filled with the Holy Spirit as they soon would be, they still wanted to choose a method that would make them rely on God. Perhaps they remembered Proverbs 16:33: The lot is cast into the lap, but its every decision is from the LORD.

Some insist that Matthias was the wrong choice and the use of lots in making the decision was not right. The idea is that God would have eventually chosen Paul if the office had been left vacant. But we must respect the testimony of the Scriptures; God did not want to leave the office vacant. If it were left unfilled, it might be seen as a victory for Satan; it would be as if Jesus chose 12, but one came up short and therefore Satan defeated the desire of Jesus to have 12 apostles.

As for Paul, he clearly considered himself an apostle, but one born out of due time (1 Corinthians 15:8). It doesn’t seem Paul objected to the selection of Matthias.

Casting lots may be an imperfect way to discern God’s will, but it is much better than the methods many Christians use today in making big decisions:

It would be better to roll the dice and trust God for the results!

At the end of it all, Matthias was numbered with the eleven apostles. I believe God guided them into the right decision, and He will also guide us as we obey Him, search the Scriptures, pray, and rely on Him. Do it today!