And have put on the new man who is renewed in knowledge according to the image of Him who created him, where there is neither Greek nor Jew, circumcised nor uncircumcised, barbarian, Scythian, slave nor free, but Christ is all and in all. (Colossians 3:10-11)

In the previous few verses Paul told Christians about things to put off – the ungodly and sinful conduct that marked our old life. We were supposed to put those things off like an old, stained, ruined suit of clothes.

But putting off is incomplete without putting on. That’s why Paul told us, “put on the new man.” Again, the phrase Paul used was commonly used for changing a set of clothes. We can almost picture a person taking off the old and putting on the new man in Jesus. So when we put on the “suit” of the new man, what does he look like? 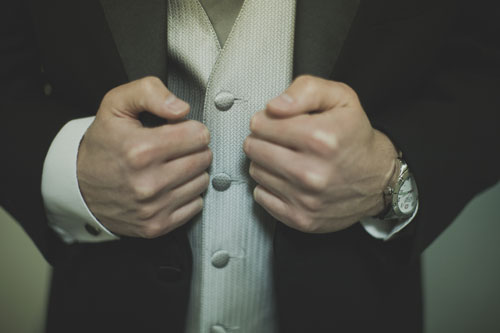 Next, the new man is according to the image of Him who created him. Paul clearly had in mind Genesis 1:27, where it is said that God created Adam in His own image. Nevertheless, now the first Adam is regarded as the old man who should be put off and discarded, because now we are created after the image of the second Adam, Jesus Christ.

Because everyone in the family of God is a new man (or woman) according to the image of Him who created him, then in a sense we are all the same. That’s why Paul wrote, there is neither Greek nor Jew, circumcised nor uncircumcised, barbarian, Scythian, slave nor free. The new man is part of a family, which favors no race, nationality, class, culture or ethnicity. It only favors Jesus, because in this new family, Christ is all and in all.

The wonderful truth is that this work of the new creation not only deals with the old man and gives us the new man patterned after Jesus Christ; it also breaks down the barriers that separate people in society. Among new creation people it doesn’t matter if one is Greek or Jew or circumcised or uncircumcised or a Scythian or a slave or a free man. All those barriers are broken down.

All of these were strong barriers in the ancient Roman world; and the power of God through the Gospel of Jesus Christ broke them all down. In that, Christianity brought something truly wonderful into the world—as new men and new women, we all belong to the same family.

We could say it is a four-step process:

Doing those four things could make this the best week you’ve had in a long time!

The Most Important Bible Study Tools – Part 1
Scroll to top