But now you yourselves are to put off all these: anger, wrath, malice, blasphemy, filthy language out of your mouth. Do not lie to one another, since you have put off the old man with his deeds (Colossians 3:8-9) 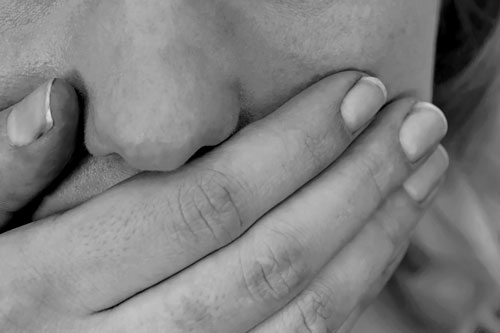 That’s why Paul wrote, now you yourselves are to put off all these. The sins Paul here listed (anger, wrath, and so forth) are regarded by many as “little” sins that Christians may overlook with little danger. God challenges us to put off the old man in every area of our lives.

The phrase put off is exactly that which would be used for taking of a suit of clothes. It’s as if Paul meant, “Now that you belong to Jesus, even these sins don’t fit you any more. Take them off like you would an old, dirty, bad-fitting suit of clothes.”

Take a good look at the sins listed here: anger, wrath, malice, blasphemy, filthy language and speaking the lie. Each of these sins are primarily committed by what we say. When Paul called the believer to a deeper obedience, he told us to bridle our tongue, as did James in James 1:26 and 3:1-9.

The other thing to notice about this list is it has to do with sins we commit as we relate to each other. We get angry with others, we harbor malice towards others, and we lie to each other. So as Paul listed sins in Colossians 3:5-9, he showed two high priorities in Christian living: sexual morality connected with a right attitude towards material things, and simply getting along in love with one another.

It is easy for a Christian community to compromise one for the other, but Paul (by inspiration of the Holy Spirit) insisted that they both have a high place in the Christian life.

You have put off the old man with his deeds means that in Jesus Christ, the saints of God are different people. Therefore, when we feel tempted to immorality or anger, we should regard it as an unwelcome intruder that has no right to stay. The real you is the new man; the old man is put off.