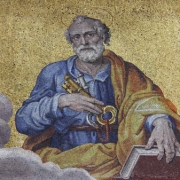 Men of Israel, hear these words: Jesus of Nazareth, a Man attested by God to you by miracles, wonders, and signs which God did through Him in your midst, as you yourselves also know. (Acts 2:22)

As Peter preached to this large crowd in Jerusalem on Pentecost, he began by explaining the strange sights and sounds were actually evidence of an outpouring of the Holy Spirit. Peter explained it by quoting the Bible. 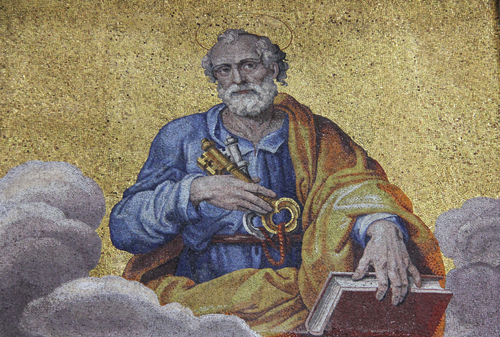 This was remarkable. In the midst of a great outpouring of the Holy Spirit, when there were signs and wonders and speaking in tongues, what did Peter do? Essentially, he said, “Let’s have a Bible study and look at the prophet Joel.” In fact, in his Acts 2 sermon, Peter quoted from three different Old Testament passages: Joel 2:28-32, Psalm 16:8-11, and Psalm 110:1.

This focus on God’s word did not quench the move of the Holy Spirit; it fulfilled what the Holy Spirit wanted to do. All the signs and wonders and speaking in tongues were preparing for this work of God’s word.

Unfortunately, some people seem to set the work of God’s Word against the work of the Holy Spirit. They almost think it’s more spiritual if there is no Bible study.

Yet, when Peter finished explaining the Joel 2 passage, he wasn’t finished with his sermon. He said to the crowd, Men of Israel, hear these words. Many people would think it would be enough for Peter to stop after the quotation from Joel, considering all we have in it. Joel told us of:

As great as all those things are, it wasn’t enough, because Peter had not yet spoken about the saving work of Jesus. Everything until this point had been an introduction, explaining the strange things they just saw. Now Peter would bring the essential message to the crowd saying, Men of Israel, hear these words. Peter had already said something like this at the very start of his sermon (let this be known to you, and heed my words, Acts 2:14). Peter wanted people to pay attention, and he spoke as if he had something important to say – something some preachers fail to do.

After that “second introduction,” Peter spoke some essential words. He proclaimed to them Jesus of Nazareth, a Man attested by God to you by miracles, wonders, and signs which God did through Him in your midst.

Understanding the prophet Joel and the work of the Holy Spirit were both good and important – but it was still essential to proclaim Jesus. We long to know more of God’s word, and to experience more of the move of the Holy Spirit. But we can never neglect the essential proclamation of Jesus Christ – the Savior of the World.

The Preacher They Listened To
Scroll to top