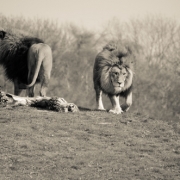 Then the king of Assyria brought people from Babylon, Cuthah, Ava, Hamath, and from Sepharvaim, and placed them in the cities of Samaria instead of the children of Israel; and they took possession of Samaria and dwelt in its cities. And it was so, at the beginning of their dwelling there, that they did not fear the LORD; therefore the LORD sent lions among them, which killed some of them. (2 Kings 17:24-25)

The kingdom of Israel, the ten northern tribes, were conquered as a nation. The brutal Assyrians defeated them and then forced the people of Israel to relocate to different areas of the Assyrian empire. After that, the king of Assyria brought people into the land. The policy of the Assyrians was to remove rebellious, resistant people and to resettle their former lands with people from other parts of the empire. 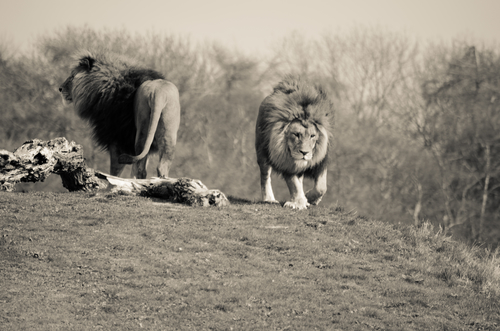 In doing this, the kings of Assyria hoped to re-populate their conquered lands, bringing in people who had no previous attachment to the area. They wanted the people of the empire to be attached to and loyal to the king of Assyria, and no one else.

Zechariah 2:12 tells us that the land of Israel is the Holy Land. God regards it as something special, and He will hold accountable those who live there and who do not fear Him.

2 Kings 17 goes on to explain that the Assyrians figured out that the lions were sent because they did not honor the God of Israel. It’s amazing that the Assyrian officials seemed to know what the people of the recently-conquered kingdom of Israel did not know – that they had to honor the God of Israel. They even had a priest from Israel come and teach them to fear the LORD (2 Kings 17:28).

You could say, as Charles Spurgeon did, that they were “converted by lions.” But, 2 Kings 17:29-33 explains, it wasn’t much of a conversion. They still honored the corrupt, pagan gods along with the LORD God of Israel.

Coming to God only because you are afraid of judgment – afraid of the lions – is never enough. It might be a good start, but it can’t stop there. We need to come to God and put our trust in Him on the basis of His love for us in Jesus Christ. It is the kindness and goodness of God that leads us to true repentance (Romans 2:4).