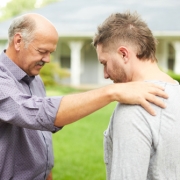 And when Simon saw that through the laying on of the apostles’ hands the Holy Spirit was given, he offered them money, saying, “Give me this power also, that anyone on whom I lay hands may receive the Holy Spirit.” (Acts 8:18-19)

God was moving among the people of Samaria. The good news finally extended past Jerusalem and Judea and had now come to the Samaritans. It first came to Samaria through Philip, but eventually the apostles Peter and John came to see what God was doing. As they taught and served the Samaritans, they also prayed that they would be filled with the Holy Spirit.

Someone named Simon – who was a sorcerer – also believed, but his discipleship was rather superficial. He noticed that when Peter and John laid hands on those who believed, they received the Holy Spirit. Perhaps there was some outward evidence of this giving of the Holy Spirit. Whatever happened, it impressed Simon. 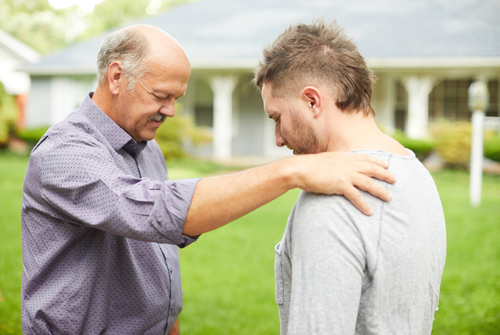 Simon the (hopefully former) sorcerer wanted the same ability to lay hands on people, pray for them, and have them receive the Holy Spirit. He wanted it enough that he offered them money for the ability.

Through Christian history, this man Simon inspired the term “simony.” Simony is the word for the sin of buying or selling church offices or privileges, because to buy or sell such spiritual things works in the same spirit as this Simon. This sin was common in church history and is still sometimes practiced today.

But even when they don’t formally buy or sell church offices or privileges, many people still think and act like this Simon. I can think of at least two ways some today follow Simon:

Simon wanted to use God’s power to make him powerful and successful. Many people today have that kind of “transactional” relationship with God. They will obey and serve God if it means God will give them what they want.

Today, receive the Holy Spirit – surrender yourself to Him, instead of trying to “use” Him for what you think you want.