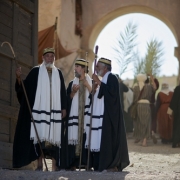 And now I say to you, keep away from these men and let them alone; for if this plan or this work is of men, it will come to nothing; but if it is of God, you cannot overthrow it–lest you even be found to fight against God. (Acts 5:38-39)

The council was furious. Peter and the rest of the apostles made a bold stand, telling these important men that they would not back down from what God told them to say and do. In response, Acts 5:33 tells us that the men of the council were so angry they wanted to kill these leaders of the early Christian movement. 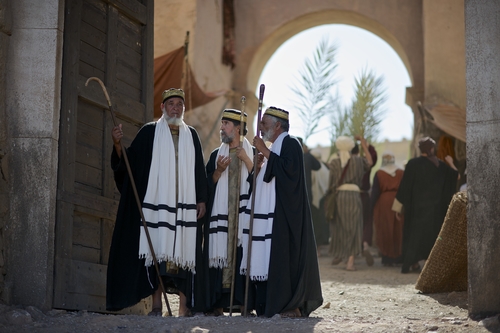 Then, one of the most respected men in the room spoke up. His name was Gamaliel, and he was so esteemed that they gave him the title Rabban, which means “our teacher.” Gamaliel was the grandson of the honored rabbi Hillel, who was the founder of the strongest school of Scripture interpretation of that day.

The council had murder on its mind when Gamaliel raised his voice, and the respected rabbi began with a history lesson. He reminded them all of two fairly recent revolutionaries that sought to lead Israel astray, and they both came to nothing. He then made the point regarding the Christians: if this plan or this work is of men, it will come to nothing; but if it is of God, you cannot overthrow it – lest you even be found to fight against God.

Ever since Gamaliel said those words, some think them wise and say that the “Gamaliel Principle” should guide us. I strongly disagree. Certainly, there are times when “wait and see if this is of God or not” is good advice, but not when it comes to deciding if a religion or spiritual movement is true.

Gamaliel spoke for himself and not for God. There are many religions or spiritual movements that may be considered successful in the sight of man, but they are against God’s truth. Success is not the ultimate measure of truth. There are religions that have existed hundreds of years and have millions of followers, and they are false.

Gamaliel was really a fence sitter. He spoke as if they should wait and see if Jesus and the apostles were really from God. That sound wise and maybe even spiritual, but it was a rejection of the evidence right before him.

But what greater testimony did he need, beyond Jesus’ resurrection and the apostles’ miracles? Gamaliel took a “wait-and-see” attitude when there was plenty of evidence that Jesus Christ was who He said He was, that Jesus rose from the dead, and that the apostles were uniquely sent by God to spread that message.