The mighty Assyrian Empire threatened the Kingdom of Israel and they weren’t ready to face the threat. They were not ready politically, militarily, or most of all, spiritually. Their only hope was to utterly rely upon the Lord God but they wouldn’t do that. Sadly, Israel wanted to be independent of their God, and their “declaration of independence” would be their ruin.

The ruin didn’t have to come directly from the hand of an avenging God. In declaring their independence from God Israel sowed the seeds of their own destruction. When the Assyrian threat came, all God had to do was let Israel stand on their on two feet. They couldn’t stand at all, and would soon fall down. 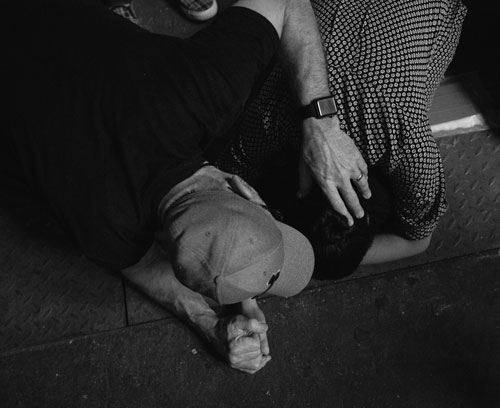 That’s why God said, “Without Me they shall bow down among the prisoners, and they shall fall among the slain.” All God had to do to bring extreme judgment on Israel was to withdraw His protection. The Lord declared that “Without Me you have no hope before your enemies.” For a long time Israel lived without God in their worship and obedience. Now they will stand before their enemies without God. It’s a painful truth – when we reject God long enough, He will give us exactly what we want. We don’t realize how much we need God until we stand where the Israelites stood and find ourselves without God.

Tragically, they could not stand at all. Instead, their posture would be just the opposite – they would bow down. When the Assyrians conquered other nations, it wasn’t enough for them to just win a military victory. They had a perverse pleasure in humiliating and subjugating their conquered foes. They did everything they could to bring them low. Here, God said, “You rejected Me, so without Me you shall bow down in humiliation and degradation before your enemies.”

Bowing down isn’t always a bad thing. One of the Hebrew words commonly translated worship in the Old Testament is shachah. It means to bow down, to reverently bow or stoop, or to pay homage. But Isaiah 10:4 uses another word for bow down, the Hebrew word kara. It isn’t a good word; it means to sink, to drop, to bring low, or to subdue. Israel had a choice – bow down in a good way before their loving God, or bow down in a humiliated, low way before their enemies. Which would it be?

This reminds us of Philippians 2:10-11, where the Apostle Paul proclaimed that one day “at the name of Jesus every knee should bow, of those in heaven, and of those on earth, and of those under the earth, and that every tongue should confess that Jesus Christ is Lord, to the glory of God the Father.” Every knee will bow before Jesus. God gives us the choice: to now willingly bow down to the Lord in worship, or to have it said of us, without Me they shall bow down in suffering and humiliation. Which will it be for you?