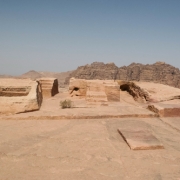 And he did what was right in the sight of the LORD, according to all that his father Amaziah had done, except that the high places were not removed; the people still sacrificed and burned incense on the high places. (2 King 15:3-4)

These words concern a king over Judah named Azariah (2 Kings 15:1-2). He was also called Uzziah in 2 Kings 15:13 and many other places in 2 Kings, 2 Chronicles, and the writings of the prophet Isaiah. Azariah (Uzziah) was a good king – he did what was right in the sight of the LORD. The blessing of the LORD was on this king, and he was rewarded with a long reign of 52 years. 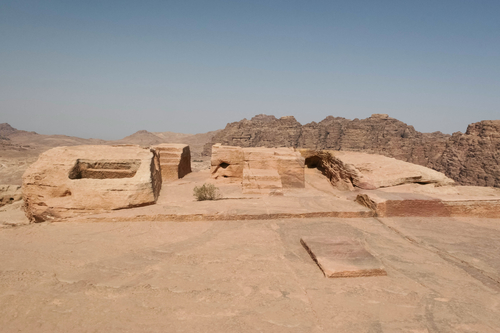 Azariah came to the throne in a difficult time. When his father Amaziah died, Jerusalem was in chaos. A significant section of the city’s wall was destroyed. The palace was emptied of many of its treasures, and some people of Judah had been seized by enemies as hostages.

Considering all that, it’s amazing to see what a good king Azariah was, and how much he accomplished. 2 Chronicles 26 tells us more about the successful reign of Uzziah (Azariah):

It’s easy to look at the reign of Azariah and think he was one of the best kings of Judah, because he did so much good. However, the Bible goes on to say that the reign of Azariah didn’t end well. The seeds for that bad end were sowed much earlier in his life. We see it in 2 Kings 15:4: except that the high places were not removed. Notice that word: except.

As with Jehoash (2 Kings 12:3) and Amaziah (2 Kings 14:4), the reforms of Azariah did not reach far enough. Each of these kings stopped short of removing the high places, these traditional places of sacrifice to the LORD. We could say that these idolatrous high places were King Azariah’s except – what’s yours?

Many of us have an except in our life. God has done much in our life, and we walk in a generally faithful way. None of us is perfect, and every day we stand before God not in our own faithfulness, but in what Jesus did for us on the cross. Yet, there is something wrong when we know in our heart that we hide an except that God wants to deal with.

Confess your “except” to God, receive His forgiveness for Jesus’ sake, and leave it at the cross.

Together In His Name