But you, Bethlehem Ephrathah, though you are little among the thousands of Judah, yet out of you shall come forth to Me the One to be Ruler in Israel, Whose goings forth are from of old, from everlasting. (Micah 5:2) 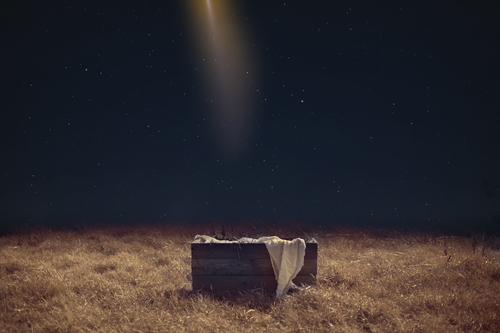 The Messiah was going to Bethlehem, but He was coming from eternity: Whose goings forth are from of old, from everlasting. This glorious promise was fulfilled in Jesus Christ, and Micah’s prophetic voice declared that though Jesus came from Bethlehem, He did not begin there. His goings forth were from eternity past.

The Bible tells us that Jesus is the Alpha and the Omega, the Beginning and the End. (Revelation 22:13). This means from the very beginning, Jesus was there. There was never a time when the Jesus did not exist. Before Jesus was born in Bethlehem, He existed as the Second Person of the Trinity (John 17:5, 17:24). The eternal Son existed before He revealed Himself as “Jesus.”

Knowing that Jesus’ goings forth are from of old, from everlasting shows us some important things:

It shows us the glory of Jesus, that He is far more than a man. Many people are willing to count Jesus as a great man, or even as the greatest man. This is not enough. Knowing what Jesus claimed to be – eternal God in human form. Jesus is the is Lord of all creation – the one from eternity.

It shows us the love of Jesus, that He would leave the glory of heaven for us. It’s hard to move from a great place to a lesser place, and no place is greater than heaven. Yet He left the ivory palaces of heaven, giving leave to heaven out of love for us.

It shows us the nature of Jesus, that He would add humanity to His deity. It’s wrong to think that Jesus was half man and half God, or that He was God on the inside but man on the outside. The incarnation was addition, not subtraction.

It shows us the sympathy of Jesus, that He remains fully man and fully God. 1 Timothy 2:5 reminds us that Jesus is still truly man and truly God. He didn’t give up His humanity when He ascended to heaven. This means that the Savior born in Bethlehem – just as Micah prophesied – has an enduring sympathy with us.

This blessed place of Bethlehem – little among thousands – was specially chosen to bring forth the greatest gift of all: God becoming man. God can use a little place and little people to bring forth great gifts. Receive His gift thankfully.

One of the Worst Kings
Scroll to top