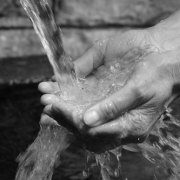 But Jehoshaphat said, “Is there no prophet of the LORD here, that we may inquire of the LORD by him?” So one of the servants of the king of Israel answered and said, “Elisha the son of Shaphat ishere, who poured water on the hands of Elijah.” (2 Kings 3:11)

Three kings gathered in war against the Moabites. As the rulers of Israel, Judah, and Edom crossed the barren desert for a surprise attack upon Moab, they became trapped in the desert with no water for their soldiers or their animals.

Two of three kings had no use for Yahweh, the covenant God of Israel. The Moabite and Israelite kings did not honor the LORD. Yet, Jehoshaphat king of Judah gave some honor to the LORD. With death in the desert near, Jehoshaphat suggested to the other kings that they find a prophet of the LORD. He was wise enough to know that they needed help from the true God, the living God, the LORD. 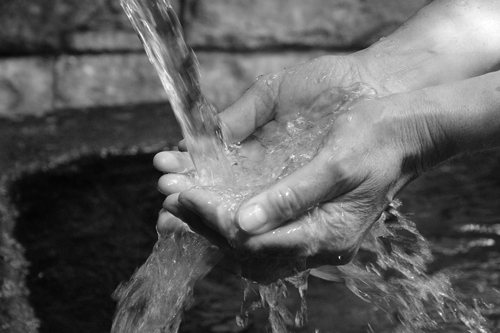 The answer to Jehoshaphat came from one of the servants of the king of Israel. His answer was something like this: “Yes, there is a prophet of the LORD near here. His name is Elisha the son of Shaphat, and he is the one who poured water on the hands of Elijah.”

I’m fascinated by that phrase: who poured water on the hands of Elijah. The idea is that long before he was recognized as a great and mighty prophet, Elisha served Elijah in simple and humble ways.

I suppose there were times when Elisha literally helped Elijah wash his hands. Perhaps it was time to eat, and Elijah needed to clean his hands. The younger prophet Elisha held the pitcher of water and poured it out over the hands of his mentor. This probably literally happened, but we also understand that this was a phrase used to describe the humble and simple way Elisha served his spiritual father.

In this case, Elisha was not known by the great words he spoke or the mighty deeds God did through him. He was known by his humble service. Zechariah 4:10 asks, “Who has despised the day of small things?” Elisha certainly did not. Before Jesus ever spoke the words, Elisha knew something of the truth that the greatest in God’s kingdom are the servants of all (Mark 9:35).

I have a feeling that when we meet Elisha in heaven, he may introduce himself by saying with a smile, “I’m the one who poured water on the hands of Elijah.” If we will be known for anything, it’s wonderful to be known for our humble, simple service in the name of Jesus.

A Perfect Way
Scroll to top