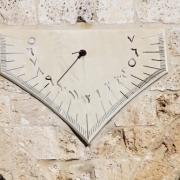 2 Kings 20 begins with Hezekiah, king of Judah, as sick with a serious illness. Then Isaiah the prophet brought him a startling announcement: God told King Hezekiah that he would soon die, and he needed to set his house in order. Hezekiah prayed, begging God to spare his life. 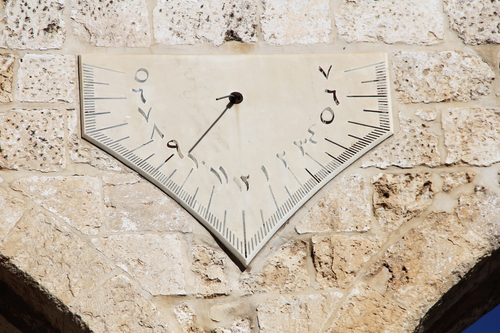 God answered Hezekiah’s prayer, and told him he would have fifteen more years to live. Yet for some reason, the king wanted more than a word from the prophet. He asked for a miraculous sign, and he asked, what is the sign that the LORD will heal me?

God showed even more mercy to Hezekiah. God was under no obligation to give this sign. In fact, God would have been justified in saying, “I said it and you believe it. How dare you not take My word as true?” But in real love, God gave Hezekiah more than he needed or deserved.

Curiously, God promised to do something completely miraculous for the confirming sign. He promised to make the shadow on the sundial move backward instead of forward. This sign fit perfectly for Hezekiah.

By having the shadow of the sundial move backward, it gave more time in a day – just as God gave Hezekiah more time. We don’t know how God did this miracle, but He did. Just like a clockmaker can turn back the hands of a clock he makes, so God turned back time – or the appearance of time – for Hezekiah. He had 15 more years.

No matter how the miracle happened, 2 Chronicles 32:25 tells us that Hezekiah did not respond rightly to this gift of healing: But Hezekiah did not repay according to the favor shown him, for his heart was lifted up; therefore wrath was looming over him and over Judah and Jerusalem.

Has God given you more time? Don’t be proud; be humble and honor God. God has shown us so much favor in Jesus Christ! May we always respond to God’s gifts with humility, and never with a heart lifted up in pride.