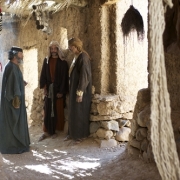 The next day, as they went on their journey and drew near the city, Peter went up on the housetop to pray, about the sixth hour. (Acts 10:9)

This short verse from Acts 10 doesn’t seem like something to notice in the chapter. Dig a little deeper and you see an amazing description of how God works.

Acts 10:9 tells us of two men who were household servants of a Roman centurion named Cornelius, who was in the category of what the Jews called God-fearers. These were Gentiles (non-Jews) who loved the God of Israel and were sympathetic to and supportive of the Jewish faith. Yet they stopped short of becoming fully Jewish in lifestyle and in circumcision. They never fully came under the law of Moses, which required circumcision and eating kosher. 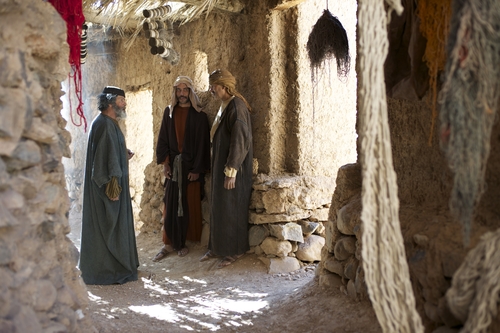 Most Jewish people of that time respected and appreciated these God-fearing Gentiles. But they could not really share their life and homes and food with them, because they were still in fact Gentiles and not full Jewish converts

Cornelius was in Caesarea, the Roman headquarters for the province. One afternoon, God gave Cornelius a vision of an angel. The angel told him to send for a certain man in Joppa, which was about 40 miles (65 km) to the south. Cornelius didn’t go to Joppa himself, he sent two household servant – these were the two who went on their journey and drew near the city.

As those two men came closer to the home Peter was staying at (the home of Simon the Tanner), Peter went up on the housetop to pray. It wasn’t strange that he was up on the housetop – in those days, many houses had something like a patio or terrace on the housetop. Just as Peter began to pray, God spoke to him – also in a vision.

Through Peter and Cornelius, God was going to do something new and radical among His people. He was going to make it clear that Gentiles like Cornelius did not have to become Jews before they could become Christians. They didn’t have to go through Moses to get to Jesus; they could go to Jesus directly.

I think it is wonderful how God used both Peter and Cornelius in this. Typically, this is how God operates. He speaks to several people about a matter, not just one. Then confirmation is provided, and out of the mouth of two or three witnesses a word is established.

Here’s another wonderful thing: How God works all things together. While both Caesarea and Joppa were busy with their shipping and shops and trade and industry, God was working great and eternal things behind the scenes. Across 40 miles (65 km), God coordinated a Roman officer’s afternoon angelic vision, Peter’s hungry stomach, a vision for Peter, and the journey of two household servants so that they came to the door exactly when Peter’s vision was finished.

Today, you can trust God to work all things together perfectly in your life.