Zedekiah was twenty-one years old when he became king, and he reigned eleven years in Jerusalem…. He also did evil in the sight of the LORD, according to all that Jehoiakim had done. For because of the anger of the LORD this happened in Jerusalem and Judah, that He finally cast them out from His presence. (2 Kings 24:18-20)

When a kingdom falls into chaos and disaster, it is never a simple story. The last kings of Judah show this. The last good king of Judah was named Josiah, and there was a significant revival in his day – but it was not enough to overcome the deeply-rooted patterns of sin present among the people from the days of previous kings. 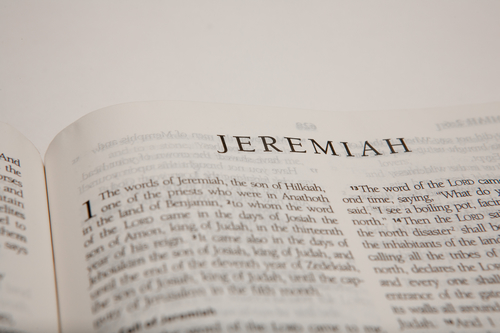 After Josiah’s death, his third-born son Jehoahaz took the throne but his evil reign was brief. He was followed by the wicked Jehoakim, another son of Josiah. When Jehoakim died, his son Jehoachin became the next king – but he lasted only three months before King Nebuchadnezzar of Babylon removed him from the throne of Judah and put the crown on the head of Jehoachin’s uncle Zedekiah.

Does that sound confusing? It is. Again, when God’s people turn away from Him, confusion and chaos mark the times. One reason God wants us to obey and honor Him is that it usually just makes life simpler!

Zedekiah was an evil king; we read that he also did evil in the sight of the LORD. 2 Chronicles 36:11-20 tells us more of the evil of Zedekiah, that he did not listen to Jeremiah or other messengers of God. Zedekiah and those around him mocked and disregarded God’s message.

Zedekiah so rejected the word of the LORD that he rebelled against the king of Babylon. Faithful prophets like Jeremiah warned of the great judgement of God that was soon to come through the armies of Babylon, but Zedekiah didn’t listen. Instead, he listened to the many false prophets in those days who preached a message of victory and triumph. They said, “Don’t’ worry! God has delivered us from enemies before, and He will deliver us from the Babylonians.”

It wasn’t true. Judgement was coming against Judah and Jerusalem, but Zedekiah was so convinced by the false prophets that he even rebelled against the king of Babylon, thinking God was with him.

Zedekiah was tragically wrong. We read that concerning Judah and Jerusalem, God finally cast them out from His presence. God’s patience and longsuffering had finally run out and He allowed – even directed – the conquest of the kingdom of Judah.

Many people today make the same mistake King Zedekiah made. Instead of seriously listening to God’s warnings, they trust in false promises presented by pretended prophets. The truth is, God’s will and word willbe done and there is nothing we can do to stop it. What we can do is repent and believe on Jesus Christ, setting ourselves on the right side of His word and will.