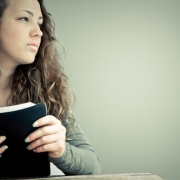 And the Syrians had gone out on raids, and had brought back captive a young girl from the land of Israel. She waited on Naaman’s wife. Then she said to her mistress, “If only my master were with the prophet who is in Samaria! For he would heal him of his leprosy.” (2 Kings 5:2-3)

A young girl grew up in ancient Israel. Her family taught her well. She believed in the God of Israel, and she knew that Elisha was God’s prophet. She also knew that God could use Elisha to heal the incurable. 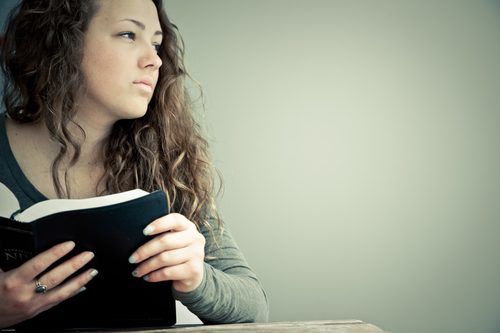 A young Israeli girl was kidnapped from her family and taken as a slave to Syria. It was, no doubt, the worst day of her life. She was soon made to serve in the household of a Syrian general named Naaman, and she waited on Naaman’s wife. But God was greater than all the girl’s tragedy and misery, and was about to use her in a remarkable way.

Taking the courage to speak, she told Naaman’s wife that God’s prophet did more than speak words; he was God’s messenger. God used the girl’s courage and faith, and it wasn’t the last time God used the faith of a little girl.

In the late 1800’s in Wooster, South Africa, a group of young people in a Reformed Church gatheredon a Pentecost Sunday. In that meeting a black girl asked if she might give her testimony. She gave such a sweet testimony that it brought a hush of the sense of the presence of God over the meeting. The leader of the meeting said that he heard what he described as the sound of an approaching tornado, and he thought he felt the whole prayer hall shaking. Then all the young people sprang to their feet and started praying – and revival came to South Africa, sparked by the prayer of a young girl.

A young girl was an important spark for the amazing Welsh Revival. In February of 1904 at New Quay, there was a morning prayer meeting for young people. The pastor asked for testimonies of spiritual experience. After several insincere responses, a young girl spoke. Florrie Evans just became a Christian a few days before. Florrie rose and spoke with a tremor in her voice, saying, ‘I love Jesus Christ with all my heart.’ This sincere word made a deep impression on the Young People’s Society, sparking something significant. That on-fire youth group, ignited by the young girl’s moving word, in a few months became a revival fire over all Wales, spreading all over the world.

Some people think it’s unlikely that God could use young girls to spark such important works. But God loves to use unlikely people – people like me and you.

What God Builds With
Scroll to top