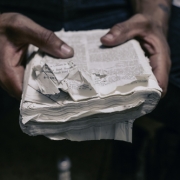 We often want to think faith or unbelief has to do with the circumstances or environment we find ourselves in. When faith is weak or unbelief is strong, it is easy to think, “Of course I’m having a hard time trusting God. Look at the mess I’m in.” Yet the link between our situation and our trust in God isn’t what we might think. 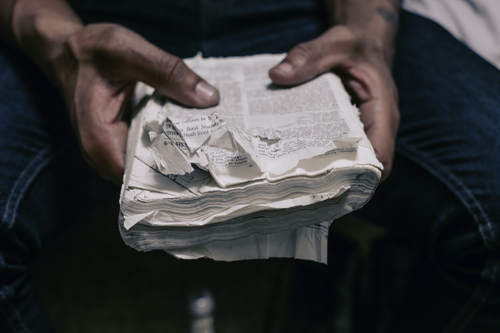 We find an example of this from the Book of Numbers. In Numbers 13, Moses sent twelve spies into the promised land. They each saw the same things as they surveyed the land, and all twelve spies came back to report to Moses and the nation of Israel. Ten of the twelve spies said the land was indeed good, just as God had said – yet they said that the enemies of the land were too strong and taking the land would be a suicide mission.

Among those twelve spies, two objected. They presented the minority report. They also agreed the land was good, just as God promised, but they believed God would work through them to conquer even the strongest enemies in the land of Canaan. Those two faithful spies knew if God’s word was right about the land – the LORD said the land was good and it was – then God’s word would also be proven right about the promise to give them the land despite the strong enemies. Seeing God’s word fulfilled gave them the faith to believe God’s promise for the future.

The ten unfaithful spies and the two faithful spies saw the same things – they saw the same grapes, the same men, the same land, and the same cities. Yet two of the spies came back singing in faith, and the other ten were filled with a sense of certain doom. It wasn’t their experiences that made the difference – all twelve spies had the same experiences. It was something more profound than what they had experienced.

Ultimately, faith does not come from circumstances or environment, but from our heart – specifically, from the work of God’s word in our heart. We often want to blame our unbelief on the difficult times in life, but faith or unbelief are not connected to our circumstances.

A story illustrates this principle. There were two sons who had a terrible, alcoholic father, but the sons were different from each other as adults. One was a responsible, godly man, successful in family, business, and life. The other became an abusive alcoholic just as his father was. When asked why they turned out the way they did, each had the same answer: “With a father like mine, how could I have turned out any differently?”

Faith comes by hearing and hearing by the word of God.

Today, bring yourself to God and His word, with their faith-building power, and don’t wait for an environment or circumstance to build faith in you.