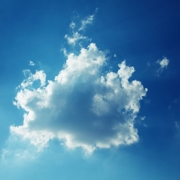 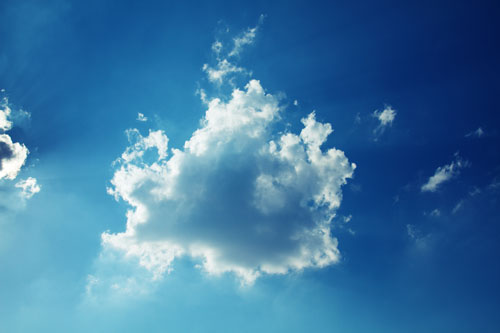 Yet, “it came to pass the seventh time.” This was stubbornly persistentprayer. It was as if Elijah would not take “no” for an answer, because he was confident that it was God’s will to send rain. He stubbornly furthered the will of God by his persistent prayer. It is a good thing that Elijah didn’t quit praying after six previous disappointments.

Finally, the servant brought a report: “There is a cloud, as small as a man’s hand, rising out of the sea!” The evidence of coming rain came slowly and in a small way, but out of this small evidence God brought a mighty work.

Charles Spurgeon used these verses as an illustration of the small signs that come before a mighty work of God. He spoke of four “certain signs and tokens for good which prayerful faith clearly perceives when an awakening, a genuine revival is about to come.” Christians should regard such things as clouds, as small as a man’s hand, rising out of the sea. Spurgeon noted these four things which, in his opinion, were like a small cloud that signaled a great downpour of blessing to come:

– A growing dissatisfaction with the present state of things, and an increasing anxiety among the members of the church for the salvation of souls.
– When this anxiety leads believers to be exceedingly earnest and bold in prayer.
– When ministers begin pray together, and to say, “What must we do?”
– When we shall see the doctrine of the individual responsibility of each Christian fully felt and carried out into individual action.

Elijah knew that the small cloud meant a big work was on the way. He told King Ahab in faith, “Prepare your chariot, and go down before the rain stops you.” Based only on the sighting of a cloud that was as small as a man’s hand, he knew a torrent was on the way. When we see God moving in even small ways among us, we should have great faith for a greater work to come.