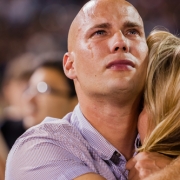 Now when they heard this, they were cut to the heart, and said to Peter and the rest of the apostles, “Men and brethren, what shall we do?” (Acts 2:37)

A large crowd heard the bold preaching of the Apostle Peter, and God did a remarkable work by the power of the Holy Spirit. Luke, the author of Acts, tells us now when they heard this, they responded with the question: “What shall we do?” The Jewish people gathered in Jerusalem for the feast of Pentecost was so moved that they asked Peter the preacher how they should respond. 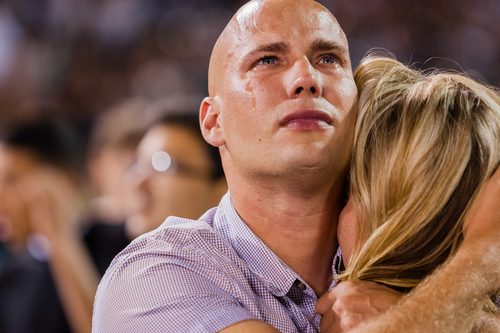 It is wrong to think that Peter gave no kind of invitation or challenge to his listeners. We know that he did because Acts 2:40 says, and with many other words he testified and exhorted them, saying, “Be saved from this perverse generation.” What we read in Acts 2 is a summary, and Peter clearly did exhort them to respond. He invited his listeners to be saved.

Even so, the crowd showed an amazing response, asking What shall we do? It has been said that in normal seasons of Christian work the evangelist seeks the sinner. Yet in times of revival or awakening, things change: the sinner seeks the evangelist. This Day of Pentecost in Acts 2 was one of those great seasons of God’s work. When God is working on someone’s heart, they want to come to Him; they will act to come to God.

When we see this response from the crowd, it also helps us to put the events of that day of Pentecost into perspective. The exercise of the gift of tongues produced nothing in those who heard it except for astonishment and mocking. It wasn’t until the gospel was preached that conviction from the Holy Spirit came. This was the work God really wanted to accomplish.

The people responded this way because they were cut to the heart. This is a good way to describe the conviction of the Holy Spirit. They now knew that they were responsible for the death of Jesus (as each of us are), and that they had to do something in response to this responsibility.

When you think about it, Peter had some previous experience with cutting. When Jesus was arrested, Peter cut off the right ear of one of the men who came to arrest Jesus (John 18:10). All that was an embarrassing mess that Jesus had to clean up. John 18:10 showed Peter in his fleshly nature, doing the best he could with a literal sword of human power.

Don’t ever doubt the power of God to cut hearts and to change lives!