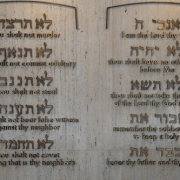 Now therefore, why do you test God by putting a yoke on the neck of the disciples which neither our fathers nor we were able to bear? But we believe that through the grace of the Lord Jesus Christ we shall be saved in the same manner as they. (Acts 15:10-11)

The apostles and leading men of the church gathered at Jerusalem to decide a controversial issue. Many Gentiles were coming to faith in Jesus, but some insisted that these Gentiles had to become Jews first, and then they could become followers of Jesus.

Peter, Paul, and other apostles argued strongly against this. Peter said they would test God if they brought the Gentiles under the law of Moses. It would be putting a yoke on the neck of the disciples that neither their Jewish ancestors nor the Jewish people of his day were able to bear. 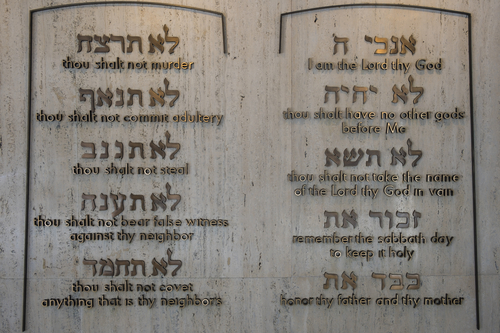 This is demonstrated by a survey of Israel’s history. At the birth of the nation at Mount Sinai, they broke the law by worshipping the golden calf. At the end of Old Testament history, they also broke the law by disregarding the Sabbath and marrying pagan women (Nehemiah 13). From beginning to end, Israel could not bear the yoke of the law.

This controversy was with some from the sect of the Pharisees who believed (Acts 15:5), and they made a critical mistake. They looked at Israel’s history under the law with eyes of nostalgia, not truth. If they had carefully and truthfully considered Israel’s failure under the law, they would not have been so quick to also put Gentiles under the law.

Paul made the same argument in Galatians 3:2-3. If the law does not save us, why would we return to it as the principle by which we live? Considering the finished work of Jesus, it offends God to go back to the law. So, Peter asked, “why do you test God?”

Peter concluded with the observation that it is through grace that all are saved – both Jew and Gentile – and not by obedience to the law. If we are made right with God by grace, then we are not saved by grace and law-keeping. In this, Peter also insisted there is only one way of salvation: We [Jews] shall be saved in the same manner as they [Gentiles]. Jewish Christians were not saved, even in part, by their law-keeping; they were made right with God the same way Gentiles were: Through the grace of the Lord Jesus Christ.

We would think that Peter would have said it the opposite way – that the Gentiles could find salvation just like the Jewish people. Yet Peter turned it around and noted that all are saved by grace alone through faith alone, Gentiles and Jews. Peter realized that the good news of salvation in Jesus – and not in ourselves and our obedience – is good news for everyone. We and they are saved the same way.

Have you received and trusted in this good news?

Grace and Graciousness
Scroll to top