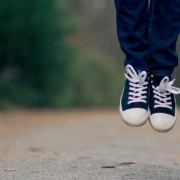 And he took him by the right hand and lifted him up, and immediately his feet and ankle bones received strength. So he, leaping up, stood and walked and entered the temple with them–walking, leaping, and praising God. And all the people saw him walking and praising God. Then they knew that it was he who sat begging alms at the Beautiful Gate of the temple; and they were filled with wonder and amazement at what had happened to him. (Acts 3:7-10)

Peter had just spoken bold words to a paralyzed man – he told him to “rise up and walk” (Acts 3:6). But it is one thing to say those words, and another thing to boldly take the man’s hand and lift him to his feet! That’s exactly what Peter did: he took him by the right hand and lifted him up. 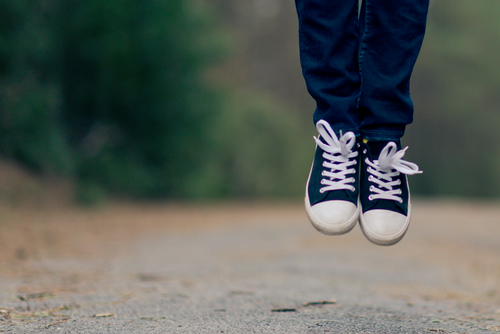 This wasn’t something Peter did on a whim or as a promotional event; he did it under the specific prompting of the Holy Spirit. We have no reason to believe that Peter made a habit taking every lame man he saw, pulling them up by the hand.

God’s blessing was on this, because immediately his feet and bones received strength. Strength did not come to the lame man until Peter said, “rise up and walk,” and not until Peter took him by the right hand and lifted him up.

Once on his feet, the formerly lame man acted as if he would never sit down again! He walked and entered the temple… walking, leaping, and praising God. As soon as he was healed, the formerly lame man did three good things. First, he associated himself with the apostles (entered the temple with them). Second, he immediately started to use what God had restored to him (walking, leaping). Finally, he began to praise and worship God (praising God).

The people who came to worship God at the temple were amazed, because they knew that it was he who sat begging alms. This man was more than 40 years old (Acts 4:22), and he had been crippled since birth. He was a familiar sight at this temple gate (Acts 3:10).

Think about it: Jesus must have passed this particular lame man by many times without healing him. We can say that Jesus, because He knew all things, knew this man would be healed later through Peter’s boldness – but Jesus let the man wait until Peter was ready.

We don’t always know the reasons for God’s timing, but we can always be at peace that when God does something is often just as import as what He does.

If you’re waiting for God to do something, don’t despair – trust God and His timing.