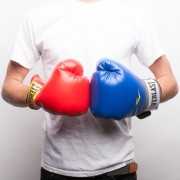 Then Jehoash king of Israel captured Amaziah king of Judah…and [Jehoash] went to Jerusalem, and broke down the wall of Jerusalem…. And he took all the gold and silver, all the articles that were found in the house of the LORD and in the treasuries of the king’s house, and hostages, and returned to Samaria. (2 Kings 14:13-14)

Amaziah was the king of Judah, the realm of the two southern tribes of the descendants of Israel. In general, he was a good and godly king (2 Kings 14:3). The Bible tells us of his obedience and great victories. Yet he also fell into unnecessary trouble, and 2 Kings 14:13-14 give us the consequences of his foolishness. 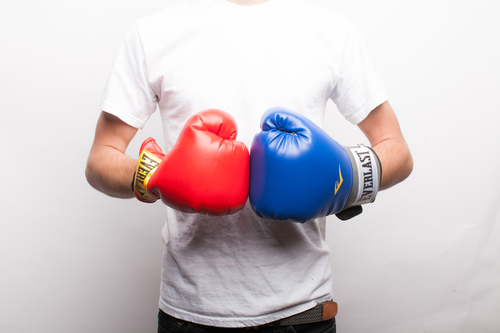 Jehoash warned Amaziah (2 Kings 14:8-11) but he would not listen. He asked Amaziah, “why should you meddle with trouble so that you fall?” (2 Chronicles 14:10) Maybe he would not listen because his army was battle-tested and mighty. Yet, God gave Israel the victory over Judah to rebuke the idolatry of Amaziah. 2 Chronicles 25:20 tells us it was because Amaziah started worshipping the gods of Edom.

So king Jehoash went to Jerusalem, and broke down the wall of Jerusalem. This was unnecessary trouble. Because of his foolish attack, Amaziah saw the defenses of Jerusalem broken down. Not only did they lose the battle, but they were also weaker against future attacks.

When Joash came to Jerusalem, he took all the gold and silver. This was unnecessary trouble. Because of his foolish attack, Amaziah lost the treasure of God’s people. Amaziah didn’t have the wisdom to see how losing this battle would hurt others as well as himself.

This even extended to hostages who were taken from Jerusalem to Samaria. This was unnecessary trouble. Amaziah made the decision to attack Israel, but the cost of the foolish attack was paid by the whole kingdom of Judah. This is a sober warning to all leaders, to consider how their foolish decisions bring unnecessary trouble to many other people.

Amaziah heard the warning, “why should you meddle with trouble so that you fall?” He heard it, but he didn’t listen. Many of us fall into the same trap. We meddle with a lot of unnecessary trouble that we should leave alone, and it hurts not only us but others close to us.

The name “Amaziah” means, “Strength of Yahweh.” But 2 Chronicles 25:11 tells us, “Amaziah strengthened himself.” When you find your strength in yourself, you will eventually find yourself in trouble, unable to save yourself. Instead, remember the meaning of Jesus’ name: “Yahweh is Salvation.” As we trust in Jesus, God is our strength and wisdom, saving us from many unnecessary troubles.