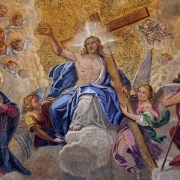 At the same time, some Christians are focused solely on the “crucified life,” failing to see that it is a part (and an essential part) of a bigger picture: preparation for resurrection life. 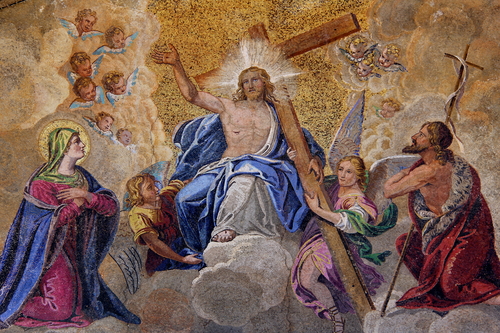 Another part of “united with Christ” life is that our old man was crucified with Him. For the believer, the death of the old man is an established fact. It happened spiritually when we were identified with Jesus’ death at our salvation. The old man is the self that is patterned after Adam, deeply ingrained in rebellion against God and His commands. The system of law is unable to deal with the old man, because it can only tell the old man what the righteous standard of God is. The law tries to reform the old man, to get him to “turn over a new leaf.” But the system of grace understands that the old man can never be reformed. He must be put to death, and for the believer the old man dies with Jesus on the cross.

In place of the old man, God gives the believer a new man – a self that is instinctively obedient and pleasing to God; this aspect of our person is that which was raised with Christ in His resurrection, patterned after Jesus (Ephesians 4:24; Colossians 3:10).

God uses our death to the old man, the sin nature, to liberate us from sin. Strictly speaking, we don’t battle the old man. We simply reckon him as dead. We still must deal with the flesh, which is distinct from the old man but has learned much from our nature inherited from Adam. But we deal with the flesh as free men and women in Jesus Christ.

Our slavery to sin can only be broken by death. In the 1960 film Spartacus, Kirk Douglas played the escaped slave Spartacus, who led a brief but widespread slave rebellion in ancient Rome. At one point in the movie Spartacus says: “Death is the only freedom a slave knows. That’s why he is not afraid of it.”

We are set free from sin because the old man has died with Jesus on the cross. Now a new man, a free man, lives. Today, live united with Jesus Christ, reckon the old man dead, and yourself a new man or woman in Jesus.