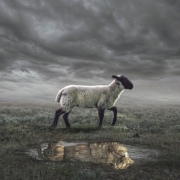 And they laid hands on them, and put them in custody until the next day, for it was already evening. However, many of those who heard the word believed; and the number of the men came to be about five thousand. (Acts 4:3-4)

The religious leaders in Jerusalem were angry. Peter, John, and the other apostles and disciples wouldn’t stop telling the good news of Jesus the Messiah. They talked about who Jesus was and what He did for us, especially in taking our sins on the cross and in His resurrection. 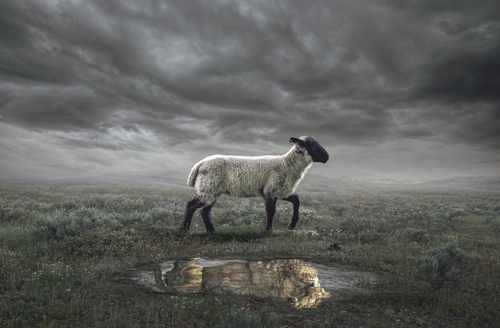 The apostles and disciples wouldn’t stop, so the religious leaders tried to make them stop. The temple police came together with the priests and the establishment leaders (the Sadducees) to suddenly arrest Peter and John.

After the arrest, they put them into custody until the next day. Normally, this would be an intimidating experience for Peter and John – or for anyone! They were suddenly arrested by angry officials. They were handled roughly (laid hands on them), and threatened (Acts 4:21 implies this). Finally, they were thrown into jail. The entire atmosphere was intended to make them afraid.

By all outward measures, Christianity – the movement of the followers of Jesus – was very weak at this early point.

– They were few in numbers.
– They were inexperienced in leadership.
– They were commanded to not fight back; they were not militant.
– They were opposed by institutions that had existed for hundreds of years.

It was a frightening, intimidating situation. Maybe Christianity would be crushed at the very beginning.

It didn’t work out that way. Instead, the number of the men came to be about five thousand: Despite the opposition coming against Christians and the gospel of Jesus they preached, the number of Christians kept increasing, growing to 5,000 from 3,000 at last count (Acts 2:41). Opposition did not slow the church down at all. The power plays, threats, and intimidation didn’t work. More people started following Jesus, not less.

When we feel that Christian freedoms are attacked, we should do every God-honoring thing we can to protect those freedoms. Yet, we should never do it from a spirit of fear. God’s church can and will flourish no matter what the gates of hell bring against us. You can be unafraid because you have an unstoppable Savior.