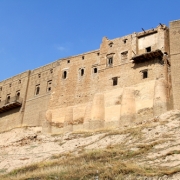 Have I now come up without the LORD against this place to destroy it? The LORD said to me, ‘Go up against this land, and destroy it.’” (2 Kings 18:25)

The general of the armies of Assyria had the title, “The Rabshakeh.” The Assyrians brought their armies against Syria and Israel, and they completely conquered them. Now, that army surrounded the city walls of Jerusalem, the only unconquered city of any importance in the kingdom of Judah. 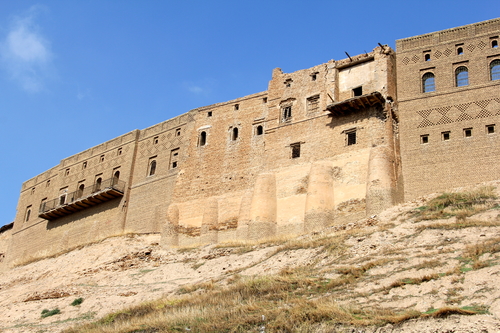 That was a convincing lie. But the Rabshakeh had an even more persuasive deception. He told Hezekiah and the leaders of Jerusalem this: The LORD said to me, “Go up against this land, and destroy it.” This was the finishing strike of a brilliant attack. The Rabshakeh basically said, “Hezekiah, God told me to destroy you. I’m just doing His will, and there is nothing you can do to stop it, so you may as well surrender.”

Significantly, we can say that the Rabshakeh was partially correct! God was with him, and his attack on Judah did fulfil God’s prophesied plan. In conquering Syria, in conquering Israel, and in bringing Judah to the brink, the Assyrians did the will of God. God prophesied that all this would happen, and it is recorded in Isaiah 8:3-4, 7:16-17 and many other passages in Isaiah. The LORD did in fact raise up the Assyrian army to carry out His will and to allowed it to happen so His judgements would be carried out and His prophesied plan would be fulfilled.

However, we should never think that God tempted an innocent man with an evil plan. In fact, even though God predicted and planned this invasion of the Assyrians, the Rabshakeh was indeed lying when he said, “The LORD said to me.” The king of Assyria and the generals under his command did to seek the will of God or care about it.

God did not have to do anything special to direct the bloodthirsty, conquest-hungry Assyrians to attack. He simply allowed them to carry out the corrupt desires of their evil hearts. Therefore, the Assyrians could neverexcuse themselves by saying, “We were doing the LORD’s will,” even as Judas could never legitimately make that excuse regarding his wicked betrayal of Jesus.