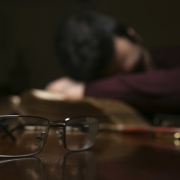 Dear Reader: Once again, a foundation has generously pledged a matching funds grant to Enduring Word this summer. Your generosity counts for double, and helps us with all our work, especially translating my commentary into many languages. To partner with us in this special opportunity, click here.

Now when he [Herod] had arrested him, he put him in prison and delivered him to four squads of soldiers to keep him…. Peter was therefore kept in prison, but constant prayer was offered to God for him by the church…. [Peter was] sleeping, bound with two chains between two soldiers. (Acts 12:4-6)

The first of the apostles had just been martyred – James, who was one of the closest companions of Jesus; one of the three: Peter, James, and John. Yet Herod, after killing James, was not satisfied. He saw his approval ratings going up in the opinion polls, and thought they might go up even more if he killed Peter. So, Peter was kept in prison. 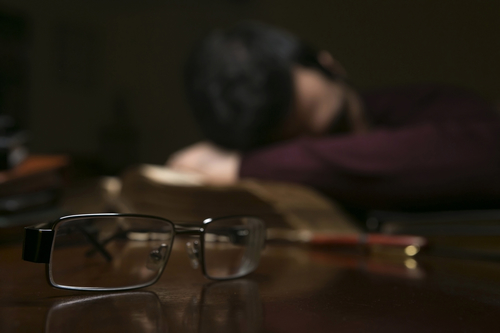 Herod was nobody’s fool – he knew that the apostles were famous for mysterious jail escapes. Acts 5:17-21 is a good example of one: Then the high priest rose up, and all those who were with him…. and they were filled with indignation, and laid their hands on the apostles and put them in the common prison. But at night an angel of the Lord opened the prison doors and brought them out…). So, Herod took no chances – he gave four squads of soldiers the job to guard Peter. Herod also chained Peter between two soldiers. Normally, a maximum-security prisoner would be chained to one solider.

So, Herod had his soldiers and his prisons; but the church had the power of prayer. The outcome would be decided easily. The prison was shut up securely. But when every other gate is shut and locked, the gate to heaven is wide open. The church took advantage of that open gate through their earnest prayers.

Most remarkably, Peter showed no signs of anxiety; he was able to sleep soundly on what seemed to be the last night before his execution. Peter could do this because he had something stronger than the best gates, guards, and chains – Peter had the promise of God. In John 21:18, Jesus had told Peter about his death: When you are old, you will stretch out your hands, and another will gird you and carry you where you do not wish.

Peter could reason like this: “Jesus promised me that I would not die for Him until I am old. It has only been a few years since He said that, and I am not really old yet. So this is not my time. I may as well get a good night’s sleep.” The power of the God he trusted was greater than all of Herod’s power.

When we have a genuine trust in God’s promises, it brings a peace that passes understanding in our lives. Are you stressed? Worried? Filled with anxiety about things?

Then get your eyes off your circumstances and fix your eyes on the promises God has made. Then you can be peaceful enough to sleep in even the most desperate times!