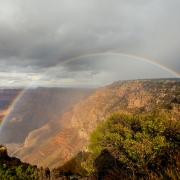 Then the city wall was broken through…. And the king went by way of the plain. But the army of the Chaldeans pursued the king, and they overtook him in the plains of Jericho. All his army was scattered from him. (2 Kings 25:4-5)

As the Bible describes the sad events of the fall of Jerusalem, we can picture them in our mind. We read, “the city wall was broken through” and see Babylonian soldiers pour into the city.

At that point, Zedekiah made a last-chance effort to escape capture. He planned a secret break through the city walls and the siege lines of the Babylonians, sending the remnants of his army one way while he went by the way of the plain. 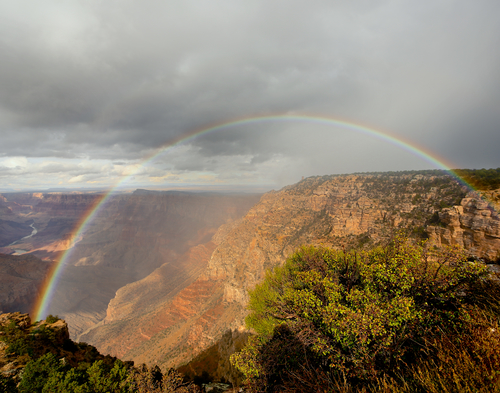 Zedekiah made it all the way to the plains of Jericho – which was a considerable distance from Jerusalem. Maybe he thought that once he made it that far he was safe, and though the kingdom was lost, he still had his life and freedom. Prophets like Jeremiah promised judgment upon Zedekiah, that he would be captured and punished by the Babylonians. As Zedekiah reached the plains of Jericho, maybe he thought he had escaped the promised judgment.

That’s not how it turned out – they overtook him in the plains of Jericho. In the same region where Israel first set foot on the Promised Land as they crossed the Jordan River in the days of Joshua, the kingly line of David seemed to end. In Joshua’s day Israel saw the walls of Jericho fall; now the walls of Jerusalem were fallen, and the defeat was bitter.

With great cruelty, the Babylonians forced Zedekiah to watch as they murdered his sons – and then gouged out the eyes of the king. The last sight King Zedekiah ever saw was the murder of his own sons.

Through the prophet Ezekiel, God made a strange promise to Zedekiah. God promised that Zedekiah would be caught and taken as a prisoner to Babylon to die there – but he would never see Babylon (Ezekiel 12:13). The strange promise was fulfilled. Zedekiah was caught and taken to Babylon – but since he was blinded on the plains of Jericho, he never saw the land of his exile. The Jewish historian Josephus confirms that Zedekiah was kept in a Babylonian prison until death.

I could go on and on, but you get the point. The truth and certainty of God’s promises doesn’t have to be bad news for you. In Jesus Christ, it can be the best news. Believe His good and pleasant promises for you today.

The Word of Authority
Scroll to top