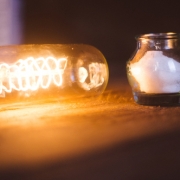 So Hezekiah said to Isaiah, “The word of the LORD which you have spoken is good!” For he said, “Will there not be peace and truth at least in my days?” Now the rest of the acts of Hezekiah— all his might, and how he made a pool and a tunnel and brought water into the city— are they not written in the book of the chronicles of the kings of Judah? So Hezekiah rested with his fathers. Then Manasseh his son reigned in his place. (2 Kings 20:19-21)

Through the prophet Isaiah, God warned King Hezekiah that judgment was coming upon his descendants. Hezekiah had a strange reaction, saying the word of the LORD which you have spoken is good. This was a sad state of heart in the king of Judah. God announced coming judgment, and all he could respond with was relief that it would not happen in his lifetime. 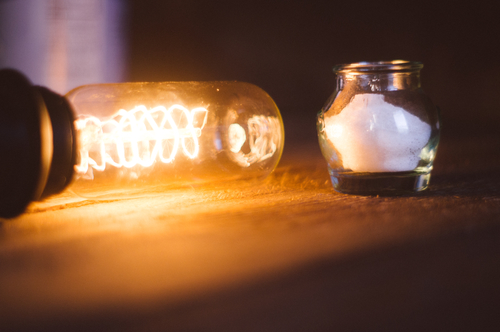 Manasseh also raised up altars for Baal, and made a wooden image (2 Kings 21:3). Instead of imitating his godly father, Manasseh imitated one of the very worst kings of Israel: Ahab. He set up the same kind of state-sponsored idolatry.

Even worse, Manasseh worshiped all the host of heaven and served them (2 Kings 21:5). He brought in new forms of idolatry. He also corrupted the true worship of God at the temple when he built altars in the house of the LORD (2 Kings 21:5). It is horrible to even think of it, but Manasseh also sacrificed his own son to the Canaanite god Molech, who was worshipped with the burning of children (2 Kings 21:6).

Manasseh directly invited Satanic influence when he also practiced soothsaying, used witchcraft, and consulted spiritists and mediums (2 Kings 21:6). Manasseh made the temple into an idolatrous brothel, dedicated to the goddess Asherah (2 Kings 21:7).

When all these terrible things happened, where were the people of God? 2 Kings 21:9 tells the terrible truth: they paid no attention, and Manasseh seduced them to do more evil. This described the basic attitude of the people of Judah during the 55-year reign of Manasseh. They paid no attention to the generous promises of God, promising protection to His obedient people. In addition, they were willingly seduced by Manasseh’s wickedness and were attracted to do more evil.

Manasseh was indeed a wicked king, but perhaps the greater sin was on the part of the people who accepted this seduction willingly. 2 Chronicles 33:10 says, And the LORD spoke to Manasseh and his people, but they would not listen. God spoke to both the people and the leader, but they rejected His word.

The culture changed from something generally God-honoring to something that glorified idolatry and immorality. In general, we can say this happened because the people wanted it to happen. They didn’t care about the direction of their culture.

May God help you to be salt and light wherever He has placed you. With the love and grace of Jesus Christ, we need to preserve like salt does, and shine like light does. Let it never be said of us, “they paid no attention.”

Into the Wilderness
Scroll to top