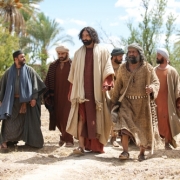 Now when they saw the boldness of Peter and John, and perceived that they were uneducated and untrained men, they marveled. And they realized that they had been with Jesus. (Acts 4:13)

Peter and John stood before the council of religious leaders. The powerful men saw the boldness of Peter and John, but they also noticed something else – that they were uneducated and untrained men.

Peter and John were certainly uneducated in one sense – they, like Jesus before them, had no formal rabbinic education according to the customs and standards of that time. Yet they were educated in at least two more important ways: they knew the Scriptures, and they had been with Jesus. 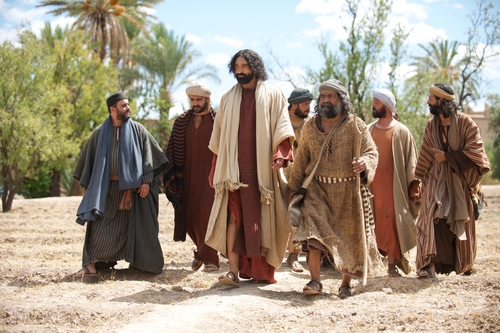 That kind of education was more important than the customs and standards of their time. The truth that knowing the Bible and a real relationship with Jesus is more important that formal education and degrees has been proven in the lives of God’s servants again and again. It has been proven true through such servants of God as Charles Spurgeon, D.L. Moody, William Carey, D. Martyn Lloyd-Jones, and Hudson Taylor.

Yet it is helpful to remember that God has also used many who were greatly educated. Moses, Daniel, and Paul are all Biblical examples. Augustine, Martin Luther, and Billy Graham are just a few historical examples. It’s just as wrong to think that formal education disqualifies someone for effective service as it is to think that it automatically qualifies someone for effective service.

In Acts 4, the boldness of Peter and John came from the fact that they had been with Jesus, they were naturally bold. When one is a servant of the all-powerful God, he has nothing to fear from the judgment of men.

It is interesting to note what the Jewish leaders did not do: they did not make any attempt to disprove the resurrection of Jesus. If it were possible to do, this was the time to do it. Positive proof that Jesus had not actually risen from the dead would have crushed the early Christian movement. Yet these religious leaders could not disprove the fact of the resurrection.

They realized that they had been with Jesus: This means that the bold exclusivism of Acts 4:12 was coupled with a radiant love characteristic of Jesus. If we will preach no other name we should also make it evident that we have been with Jesus.

Sadly, when Christians became strong and powerful, and when Christianity became an institution – too often Christians were those who arrested people and told them to be quiet, threatening them with violence and sometimes carrying it out against them. That is not evidence that one has been with Jesus.

People should go to Jesus directly, but often they won’t. The only Jesus they will see is the Savior who shines through our life. God helping you, today live in such a way that it will be obvious that you have also been with Jesus.