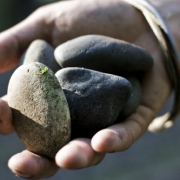 Then Jews from Antioch and Iconium came there; and having persuaded the multitudes, they stoned Paul and dragged him out of the city, supposing him to be dead. However, when the disciples gathered around him, he rose up and went into the city. And the next day he departed with Barnabas to Derbe. (Acts 14:19-20)

Paul and Barnabas went from city to city in the Roman province of Asia Minor, in what is today modern-day Turkey. They preached the good news of Jesus Christ, and when people responded they started congregations. Along the way, they face a lot of opposition. In fact, there was an angry group of Jewish people from Antioch and Iconium who started following Paul hoping to stop him and his companions.

When they came to the city of Lystra, some of these persecuting Jews from Antioch and Iconium traveled more than one hundred miles just to make Paul miserable. They were dedicated adversaries of Paul. 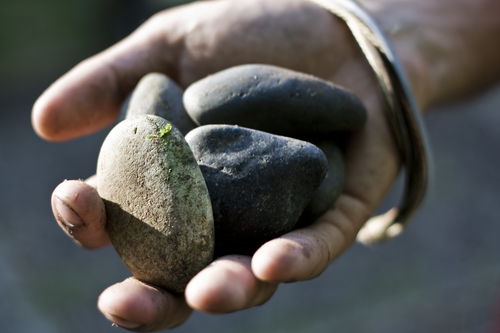 When these opponents came to Lystra, they persuaded the multitudes that Paul was a bad man deserving of severe punishment. They pushed the people of Lystra against Paul and Barnabas and provoked the stoning of Paul. This was obviously an attempt to execute Paul and Barnabas – with the rocks being thrown by the same people In Lystra who wanted to worship them shortly before.

This is a dramatic demonstration of how fickle a crowd can be. Their desire to honor Paul and Barnabas as gods did not last long. This also shows us that it is dangerous for any spiritual leader to cultivate or allow a kind of hero-worship. The same people who give this honor will feel terribly betrayed when the leader is shown to be human.

Prompted by the mob from Antioch and Iconium, they stoned Paul and dragged him out of the city. Yet,when the disciples gathered around him, he rose up. Paul was miraculously preserved here. But notice what Paul did when he was revived: he rose up and went into the city. Paul did not flee from the city that stoned him. Instead, he immediately went back into it.

This was the courage of a man who would not quit. Paul was determined to keep going as long as God gave him strength. He had the attitude that some later Christians displayed to their persecutors: “You can kill us, but you can’t hurt us.”

The story of Paul begins in Acts when he took part in the stoning of the first Christian martyr – Stephen (Acts 7:58-8:1). As the stone flew at him in Lystra, Paul must have remembered this. He knew that Stephen went to heaven, but when Paul didn’t, then he knew he had more work to do. He would not quit until God stopped him.

You probably won’t face the same persecution that Paul did, but you can have the same commitment to Jesus – and by God’s grace, the same “can’t quit” spirit. Ask God for this today.