And say to Archippus, “Take heed to the ministry which you have received in the Lord, that you may fulfill it.” (Colossians 4:17)

In the closing section of Paul’s letter to the Colossians, he mentioned many fellow Christians by name. The number of names is impressive – 11 in total, as well as two references to groups of people. Some of the people named were with Paul and he sent a greeting from them. Others were in Colosse (or near by) and Paul wanted to greet them specifically.

The number of names shows us that Paul had a lot of friends and co-laborers in his work for God’s kingdom. The variety of names means that the gospel effectively reached people of all kinds. Here are mentioned a variety of people from different background and circumstances. It shows that one of the amazing strengths of early Christianity was that it drew people of all kinds together into one common faith. 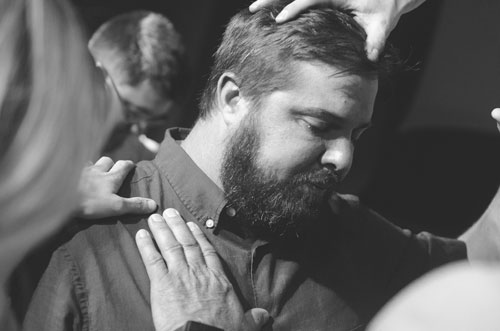 Going from Paul we have a man carrying a letter (Tychicus) and an escaped slave returning to his work (Onesimus).

Staying with Paul were Aristarchus, Mark, and Justus (also named Jesus). These men were a blessing and a comfort to Paul during his imprisonment. Epaphras, who came from Colosse, also stayed with Paul, at least for a time. Doctor Luke and Demas were also with Paul and sent their greetings.

They all sent greetings to the church Colosse, but also to the church in the city of Laodicea. Special greetings went to Nymphas (we don’t know if this was a man’s or a woman’s name in this context) and the believers who met in their house.

I suppose Archippus would be there when they read Paul’s letter to the congregation. Toward the end of the letter as this line was read, everyone would turn to Archippus and wish him just what Paul said. They would tell him to take heed to the ministry.

This encouragement to Archippus spoke both to him and also to us regarding some enduring principles of serving God.

Is there some way God has given you to serve Him, His people, and a world that needs Jesus? Then be an Archippus and take heed to your ministry, the one you received in the Lord.