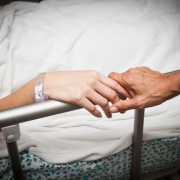 Elisha had become sick with the illness of which he would die. Then Joash the king of Israel came down to him, and wept over his face, and said, “O my father, my father, the chariots of Israel and their horsemen!” (2 Kings 13:14)

Life is filled with strange things; things that are unusual or difficult to explain. 2 Kings 13:14 presents us with a few strange things.

First, it is strange that Elisha had become sick. Elisha was a man of God, and God used him to bring healing to many people and to perform many miracles. Nevertheless, even Elisha became sick. 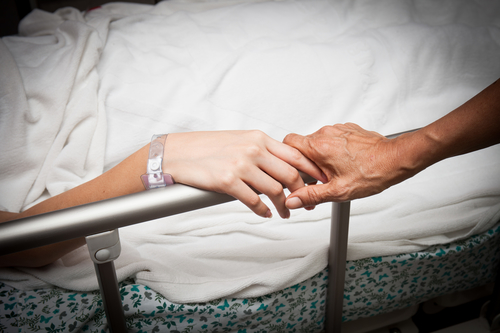 This teaches us that even people of faith and miracles are not immune to sickness and disease. This great man of God became sick like others whom he had healed when God had used him as a channel of His power and blessing.

In fact, this was the illness of which he would die. Though God used Elisha on many occasions to heal others, God appointed this illness to be the means of taking Elisha from this world. God has no one single way that He does this; it is a mistake to believe that all the godly men and women die in their sleep without a hint of prior illness.

A second strange thing was the reaction of Joash the king of Israel. This Joash was a wicked man, yet he came down to Elisha and wept over his face. In sorrow over the soon death of God’s prophet, King Joash cried out: “the chariots of Israel and their horsemen!” If those words sound familiar, it is because Elisha said the same to Elijah at the end of the elder prophet’s days on this earth. When he said this to Elijah in 2 Kings 2:12, Elisha recognized the truestrength of Israel. He knew that the strength of Israel was really in the presence of the people of God and the message of God. Now Joash saw that the same strength was slipping from this earth and he mourned it.

It is strange that a miracle-working prophet should die from sickness, and that an ungodly king would mourn the passing of a godly man. Yet from these strange things, we can learn two lessons.

We learn that even though the man of God suffered, God did not forsake him. Elisha’s sickness was painful, but it brought him to heaven. Whatever he suffered, it was a pathway to something better. I heard of a godly man who suffered from a fatal illness, and on his deathbed, someone asked him how he felt. Knowing his death was near, the godly man answered, “Almost better.”

We also learn that we should try to live such lives of godliness and goodness that even ungodly men will miss us when we are gone. Elisha lived such a life, and with Jesus filling our life, by His grace we may do the same.