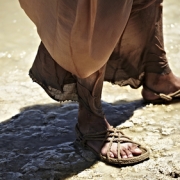 So that they brought the sick out into the streets and laid them on beds and couches, that at least the shadow of Peter passing by might fall on some of them. Also a multitude gathered from the surrounding cities to Jerusalem, bringing sick people and those who were tormented by unclean spirits, and they were all healed. (Acts 5:15-16)

These first several chapters of the book of Acts tell the story of the amazing first years of the church, the community of the disciples of Jesus. To this point they had not expanded much beyond Jerusalem, and it was a season of an amazing work of God.

There were amazing – and strange – miracles. People brought the sick out into the streets. People were so convinced of the reality and power of what the Christians believed, they thought they could be healed by the mere touch of Peter’s shadow. 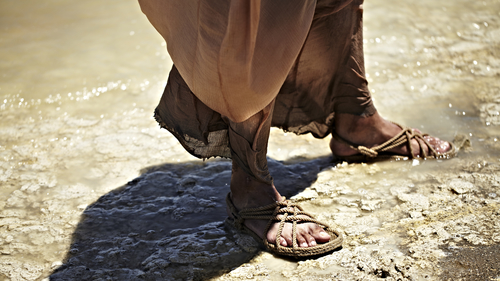 In this case, apparently even the shadow of Peter became a point of contact where people released faith in Jesus as healer. It seems that people well understood what Peter said in Acts 3:12-16: That Jesus heals, even if He does His healing work through His apostles.

It may sound crazy to us that someone could be healed by the touch of a shadow, but we know a touch of Jesus’ clothing healed a woman (Luke 8:44). There wasn’t anything magical in the garment, but it was a way that her faith was released. In the same, there was no power in Peter’s shadow itself, but there was power when a person believed in Jesus to heal them, and the passing of Peter’s shadow may have helped some to believe.

However God chose to bring the healing, there is no doubt that a remarkable work was present, so much so that they were all healed. We shouldn’t miss the connection between the purity preserved in the first part of Acts 5 (with the death of Ananias and the fear of God among the Christians) and the power displayed here. God blessed a pure church with spiritual power.

Notice that a multitude gathered from the surrounding cities to Jerusalem. Notice that this was people coming to Jerusalem instead of the apostles going to them. This was exciting, but not exactly according to the command of Jesus. He told the disciples to go out to Jerusalem, and in all Judea and Samaria, and to the end of the earth (Acts 1:8). The apostles didn’t leave Jerusalem until they were forced by persecution.

With all the miracles happening, perhaps they needed a greater miracle of obedience to Jesus!