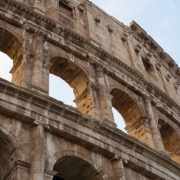 It was a complicated situation.

Paul was held in Roman custody in the coastal city of Caesarea, waiting for a trial over a crime he didn’t commit, based on false accusations from those who hated Paul and the gospel of Jesus he preached.

When Paul was first put in custody, the Roman governor was Felix, who was eventually replaced by Festus. Felix was happy to delay the proceedings, hoping for bribes. When Festus came, he wanted to have a trial and resolve the matter regarding Paul. 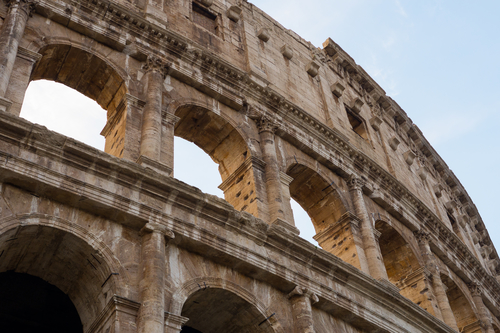 When it was time for the trial, Paul faced powerful and corrupt adversaries. They wanted to have the trial in Jerusalem instead of Caesarea, knowing there was a secret plot to assassinate Paul on the way to Jerusalem.

Acts 25 doesn’t make it clear if Paul knew about this plot against his life. Whether he knew or not, God guided Paul to appeal to his right as a Roman citizen to be tried by Caesar in Rome. When Paul said, “I stand at Caesar’s judgment seat, where I ought to be judged…I appeal to Caesar” perhaps it was through supernatural knowledge, or perhaps through God-given common sense and deduction. One way or another, Paul demanded to stand trial before Caesar.

Rightly and wisely, Paul wanted to avoid martyrdom if he could. He wasn’t afraid to face the lions, but he didn’t want to put his head in a lion’s mouth if he could avoid it.

It was the right of every Roman citizen to have his case heard by Caesar himself, after initial trials and appeals failed to reach a satisfactory decision. This was in effect an appeal to the supreme court of the Roman Empire.

Paul’s appeal made sense. He was convinced that the evidence was on his side and that he could win in a fair trial. Paul appealed specifically to Caesar Nero, who was later a notorious enemy of Christians. But the first five years of his reign, under the influence of good men around him, Nero was regarded as a wise and just ruler. Paul had no reason at this time to believe that Nero would be anti-Christian.

I am fascinated by the fact that there were times when Paul refused to appeal to his rights. In Philippi, Paul could have stated his Roman citizenship much sooner and saved a lot of suffering (Acts 16:19-24). Paul had the right to be supported by the churches he served, but often gave up that right (1 Corinthians 9:3-7).

We should be grateful for the rights given to us by God, and even more grateful if our government recognizes some of those rights. We should also pray for the Spirit-led discernment to know when to stand on our rights, and when to give them up.

A Certain Jesus
Scroll to top