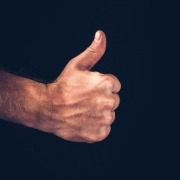 Now the Lord spoke to Paul in the night by a vision, “Do not be afraid, but speak, and do not keep silent; for I am with you, and no one will attack you to hurt you; for I have many people in this city.” And he continued there a year and six months, teaching the word of God among them. (Acts 18:9-11)

Paul was in the city of Corinth, one of the major cities of the Roman Empire. Corinth was set at an important crossroads of trade and travel, and it was a city notorious for its hedonism and immorality.

To this great and challenging city, Paul came humbly. Later he wrote to the Christians in Corinth and reminded them of how he first came: And I, brethren, when I came to you, did not come with excellence of speech or of wisdom declaring to you the testimony of God…. I was with you in weakness, in fear, and in much trembling. (1 Corinthians 2:1, 3) 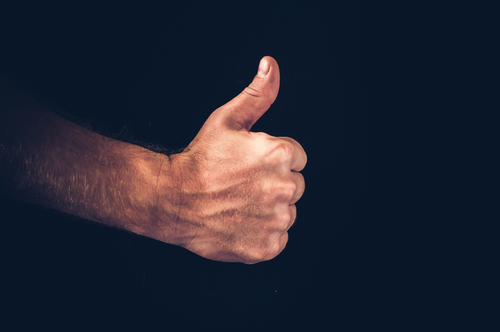 Paul felt his weakness so severely that Jesus came with some special encouragement. The Lord spoke to Paul in the night and told him, do not be afraid. The implication was that Paul was afraid, fearing that in Corinth his work would be cut short by either opposing Jews (as in Thessalonica and Berea) or by the highly-charged worldliness around him.

Paul was to put away fear – but he was also to boldly continue. Jesus told him to speak, and do not keep silent. The solution to Paul’s fear was to obey Jesus’ command to not be afraid; and to speak and not keep silent – that is, to keep getting the word of God out. Jesus didn’t tell Paul that his opponents wouldn’t try to stop him, only that they would not be successful (no one will attack you to hurt you).

There was a basis for the command to keep preaching – Jesus promised, for I am with you. When we understand what this means, and Who says it, this is enough. If Jesus is for us and with us, then what can possibly be against us?

Then Jesus spoke an additional word of encouragement: for I have many people in this city. This was a constant assurance to Paul, who must have often had doubts about the survival and health of the Corinthian church.

Because Paul received the encouragement Jesus gave, he continued there a year and six months. This seems to be longer than in any other city where Paul founded a church. His work at Corinth is described simply: teaching the word of God among them.

Do you need some special encouragement? You can find it in what Jesus promised Paul and Jesus promises all who love Him and seek to serve Him.