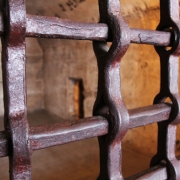 But at night an angel of the Lord opened the prison doors and brought them out, and said, “Go, stand in the temple and speak to the people all the words of this life.” (Acts 5:19-20)

God was working in a powerful way through the apostles, and the religious leaders in Jerusalem didn’t like it. Acts 5:17-18 says the high priest arrested the apostles and put them all in prison. 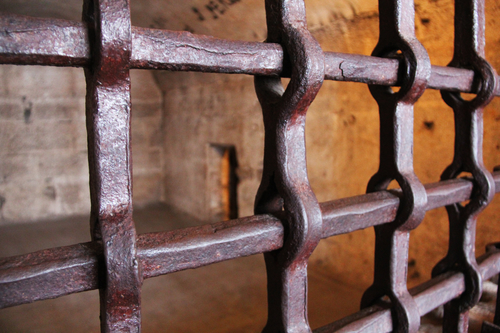 To do the work, God sent an angel. Possibly, they only understood this was an angel as they looked back. Angels often come in human appearance, and it may not always be easy to recognize an angel (as in Luke 24:3-7 and Hebrews 13:2).

The angel didn’t just open doors, he also had a message: Go, stand in the temple and speak to the people all the words of this life. The angel freed them from prison, but he wasn’t going to do the work of preaching. That was up to the apostles, and it is also up to us.

Their rescue from prison was wonderful, but for a purpose – so they could continue their work. God didn’t set them free primarily for their safety or comfort. They were set free for a reason. In the future, they were not always delivered.

The later history of these apostles – and others associated with them in the early church – shows that sometimes God delivers by a miracle, sometimes He does not. According to fairly reliable church history and tradition, miraculous angels did not always deliver them.

– Matthew was beheaded with a sword.
– Mark died in Alexandria after being dragged through the streets of the city.
– Luke was hanged on an olive tree in Greece.
– John died a natural death, but they unsuccessfully tried to boil him in oil.
– Peter was crucified upside-down in Rome.
– James was beheaded in Jerusalem.
– James the Less was thrown from a height then beaten with clubs.
– Philip was hanged.
– Bartholomew was whipped and beaten until death.
– Andrew was crucified and preached at the top of his voice to his persecutors until he died.
– Thomas was run through with a spear.
– Jude was killed with the arrows of an executioner.
– Matthias was stoned and then beheaded – as was Barnabas.
– Paul was beheaded in Rome.

This reminds us that we should trust God for miraculous things and wish to see them more and more; but we do this knowing that God also has a purpose when He does not deliver with a miraculous hand. We also see that we, like the apostles, are set free for a purpose – not merely to live for ourselves.