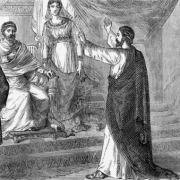 Now as he [Paul] reasoned about righteousness, self-control, and the judgment to come, Felix was afraid and answered, “Go away for now, when I have a convenient time I will call for you.” (Acts 24:25)

Antonius Felix began life as a slave. His brother Pallas was a friend of the emperor Claudius; through such influence, he rose in status – first as a child gaining freedom, and then through political skill and intrigue he became the first former slave to become a governor of a Roman province.

According to some, his slave mentality stayed with him. Tacitus, the Roman historian, described Felix as “a master of cruelty and lust who exercised the powers of a king with the spirit of a slave.” Felix gained his third wife (Drusilla) by seducing her away from her husband. 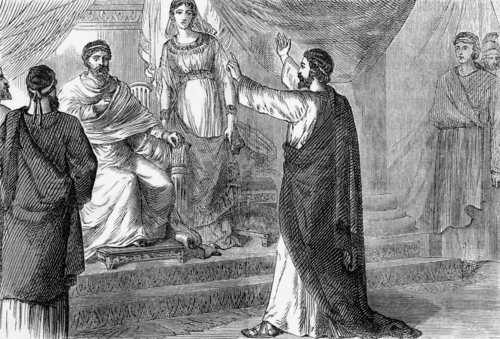 In Acts 24, Paul stood trial before Governor Felix. Most everyone else would see this as a trial for their life but Paul saw it as an opportunity to proclaim the good news of Jesus Christ.

When Paul preached to this high and mighty man, he had a three-point sermon. Acts 24:25 says that he reasoned about righteousness, self-control, and the judgment to come.

These were the three points Paul used when he spoke to Felix and Drusilla. These are three points many modern preachers would avoid speaking about, especially in speaking to a prestigious man like Felix.

We don’t know exactly how Paul developed these three points, but we can speculate on something like this.

– He told Felix about the righteousness that is ours in Jesus Christ.
– Paul spoke to Felix about the need for Christian ethics (self-control), something that was evidently lacking in the life of both Felix and his wife Drusilla.
– Paul explained to Felix about eternal accountability before God (the judgment to come).

We admire Paul’s bold preaching, directed right to the issues of Felix’s life. Preachers today should show the same boldness, willing to proclaim God’s truth even when it might confront or offend those who hear.

Did you notice the response of Felix? We read Felix was afraid. Hearing this message made Felix afraid. Knowing something about his life, at least we can say that he probably understood it. The gospel should make those who are intent on rejecting Jesus afraid.

Acts 24:25 ends on a sad note. Paul faithfully preached and Felix was afraid – perhaps in a good sense! The tragedy was that Felix heard what Paul said, and the Roman governor was impressed by the message of the gospel. He knew that he had to get his life right with Jesus Christ. Yet he avoided doing anything, and he excused it by telling Paul that he must wait for a convenient time.

The excuse of Felix is repeated in the lives of thousands upon thousands of people. When you hear God’s message of righteousness, self-control, and the judgment to come, respond in continuing repentance and faith. There will never be a more convenient time.