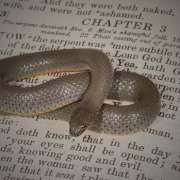 But Peter said, “Ananias, why has Satan filled your heart to lie to the Holy Spirit and keep back part of the price of the land for yourself? While it remained, was it not your own? And after it was sold, was it not in your own control? Why have you conceived this thing in your heart? You have not lied to men but to God.” (Acts 5:3-4)

When we sin, whose fault is it? Sometimes we like to claim that the devil makes us sin. I don’t want to defend the devil, but Satan does not do everything he gets blamed for! The truth is that the world, the flesh, and the devil work together to lead us to sin and ruin. Acts 5 is an example of this. 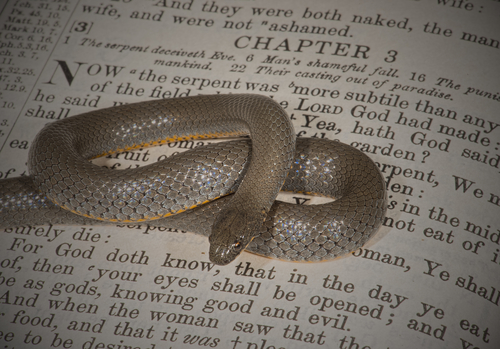 In a season of great generosity among the first Christians, a man named Ananias and his wife Saphira wanted to be known as super-generous people. They sold piece of land. Then, they pretended to give all the money from the sale to the church, but actually kept back some of the money for themselves.

This was a sadly unnecessary sin. Peter told Ananias, while it remained, was it not your own? And after it was sold, was it not in your own control? Peter understood that the land and its value truly belonged to Ananias; he was completely free to do with it what he wanted. His crime was not in withholding the money, but in deceptively implying that he gave it all.

This was a sin so bad that Peter had to publicly confront Ananias. When Peter spoke, Ananias must have been crushed. Certainly, he expected praise for his spectacular gift, but was rebuked instead. Peter saw that Satan was at work, even through a man like Ananias who was numbered among believers.

There is no doubt that Satan did his work in the heart of Ananias. But Peter also described his sin in another way: Why have you conceived this thing in your heart? Satan had filled the heart of Ananias, yet Peter could ask why he had conceived this thing in your heart. Satan can influence the life of a believer, even a spirit-filled believer, but he can’t do your sinning for you. Ananias had to conceive it in his heart.

We need to practice spiritual warfare, knowing that our real enemies are spiritual (Ephesians 6:10-20). We should be on guard against Satan and all of his strategies.

However, if you are believer, please remember – Satan can’t make you sin. He can tempt you, scream at you, attempt to deceive or frighten you, but the devil can’t do your sinning for you.

So, as you are on guard against Satan and his strategies, also make sure you take double care to keep an open heart before God. Take care what you conceive in your heart. Don’t be afraid to do some heart-repentance. Therefore submit to God. Resist the devil and he will flee from you. (James 4:7)