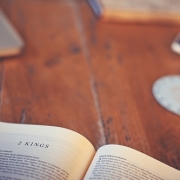 And he walked in the way of the kings of Israel, just as the house of Ahab had done, for the daughter of Ahab was his wife; and he did evil in the sight of the LORD. Yet the LORD would not destroy Judah, for the sake of his servant David, as He promised him to give a lamp to him and his sons forever. (2 Kings 8:18-19)

These verses describe the reign of King Jehoram of Judah, who reigned over the two southern tribes among the children of Israel. When it says he walked in the way of the kings of Israel, it was not a compliment. While the Southern Kingdom of Judah had a mixture of godly and wicked kings, the Northern Kingdom of Israel had nothing but evil, God-rejecting kings. 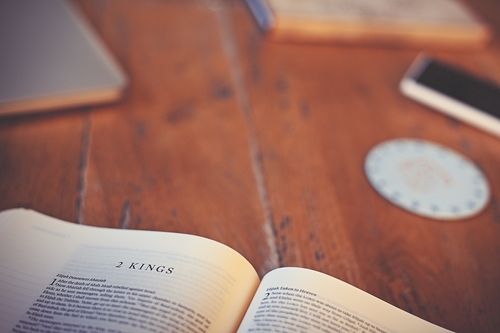 2 Kings 8:18 tells us part of the reason so much wickedness came from King Jehoram: for the daughter of Ahab was his wife. The evil influence of the house of Abab was strong in Jehoram’s life. Perhaps this marriage made sense politically or socially, but it was a spiritual disaster for Judah. This daughter of Ahab’s name was Athaliah, and she turned out to be a terrible, evil woman.

When Jehoram came to power he murdered his many brothers and many other leaders (1 Chronicles 21:1-6). According to the Jewish historian Josephus, King Jehoram did this at the prompting of his wife, Athaliah.

So, the story of Jehoram is bad – really bad. But don’t miss the good news found in 2 Kings 8:19: Yet the LORD would not destroy Judah, for the sake of his servant David. The implication is that Jehoram’s evil was great enough to justify such judgment. If God worked only on the basis of cause-and-effect judgment, then God would have destroyed the kingdom of Judah, and King Jehoram along with it.

Though Judah and her king deserved such judgment, God withheld it because of covenant faithfulness to his ancestor David.

Do you realize that our salvation is real based on the same principle? We aren’t rescued from God’s wrath because we suddenly started being good enough, or because God changed His mind about the judgment our sin deserves. We are rescued because of God’s covenant faithfulness to the Son of David – Jesus Christ Himself.

That’s something to be happy about today – God’s faithfulness to you is based in Jesus, not in you.