So David sent and inquired about the woman. And someone said, “Is this not Bathsheba, the daughter of Eliam, the wife of Uriah the Hittite?” (2 Samuel 11:3)

Without doubt, King David was the greatest monarch ancient Israel had. He was a great man – but just a man nonetheless. David suffered more than one time of backsliding in his life, but 2 Samuel 11 describes what most believe to be his worst season of shame. Like the elaborate set of a big-budget movie, David’s flesh and the tempter of our souls carefully arranged the stage over many years until one day David saw the alluring image of a beautiful woman bathing.

It could have – indeed should have – stopped right there. It might have been that David’s worst sin was fixing on a lustful image and impure thoughts. Yet David went further, and in 2 Samuel 11:3 we see him take deliberate steps in the wrong direction.

First it says, “So David sent and inquired.” King David could have ended the temptation on his balcony, where he first saw the alluring woman. He might have left it behind and refused to consider the temptation any longer. Instead, David put himself into a more tempting situation by following up on this alluring woman. Many an adulterer has looked with regret upon the moment they decided to pursue instead of deny the temptation. 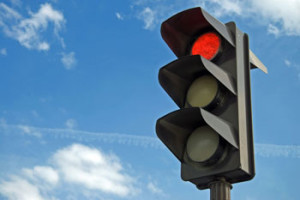 Nevertheless, God did not give up on David. In the midst of this downward spiral, He gave David a red light – a warning to “stop” immediately. The warning came in the form of the response to David’s inquiry. Someone told him, “Is this not Bathsheba, the daughter of Eliam?” From this David learned that the woman came from a notable family, from the upper classes. Her father was Eliam, one of David’s Mighty Men (2 Samuel 23:34). Her grandfather was Ahithophel – one of David’s chief counselors (2 Samuel 23:34, 2 Samuel 15:12).

If that wasn’t enough, God gave King David another red light, and this one was even brighter. David was told that the alluring woman was “The wife of Uriah the Hittite.” From this David learned that the woman was married, and the wife of another of David’s Mighty Men (2 Samuel 23:8, 23:39).

David should have received the news of the woman’s identity as a warning. He learned that this woman was related to men close to David. In taking Bathsheba David sinned against Uriah, Eliam, and Ahithophel – and each of these men were close and important to David.

Tragically – under the fog of temptation – David ignored God’s warning signs. He didn’t “stop” when God gave him a way of escape. But it was even worse than that. David used God’s warning as an occasion to sin. We might say that he pressed the gas pedal and sped through the red light. When David heard that this woman was married to Uriah the Hittite (one of David’s Mighty Men), he also learned that this woman’s husband was away, because the Mighty Men were away in battle against the Ammonites. This knowledge made the situation far more tempting. David began to think, “I could get away with this.”

In His great love, God gave King David many warning signs and opportunities to stop his sinful course. That same love would sustain David after the sin, restoring him after confession and repentance. Looking back at it, we can be sure that David wished he listened to God’s loving warning before the sin. Thinking of the great love that warns us and provides a way of escape makes brings the point to each one of us: Are you running the red lights?

Escape While You Can