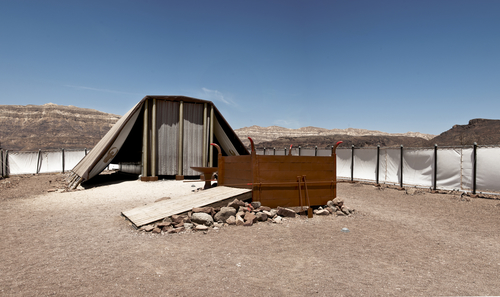 When he was there, Ahaz saw something that pleased him: he saw an altar that was set at Damascus. He liked it so much that King Ahaz sent to Urijah the priest the design of the altar and its pattern. Using the plans sent from Ahaz, Urijah imitated the pagan altar at Damascus and had it ready by the time Ahaz returned from Damascus. Ahaz did this both to please his new master, Tiglath-Pileser, and to bring the latest trends in altar design to God’s temple in Jerusalem.

2 Chronicles 28:23 explains why King Ahaz was attracted to what he saw in Damascus: For he sacrificed to the gods of Damascus which had defeated him, saying, “Because the gods of the kings of Syria help them, I will sacrifice to them that they may help me.” But they were the ruin of him and of all Israel.

Think of it: a king over the people of God actually set up a pagan altar at the temple in Jerusalem. He did it because he knew it would please the pagans, because he liked the fashionable design of the altar, and because he thought it would bring him success.

Doesn’t that sound like a lot of churches today? Many church leaders today put their trust in the tools, the techniques, and the principles of worldly success. They think the gods of Damascus will give them victory. We want to please the world as Ahaz wanted to please the king of Assyria. We are impressed with the fashionable designs of what comes from the world. We think imitating the world will bring us success. It’s sad when the church goes to the world for its methods and principles.

The sin of Ahaz didn’t end with Ahaz. We read, Urijah the priest built an altar. Of course, Ahaz bore the greater blame in this matter, but the high priest Urijah was also at fault. Together, they brought in something that was their ruin and the ruin of Israel.

That’s the problem with the kind of compromise Ahaz allowed and promoted. Like Jesus warned, it is like leaven or yeast spreading through a whole lump of bread dough. Let’s look to the LORD more, and to the world less!