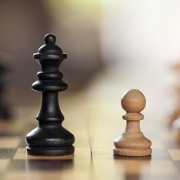 When Athaliah the mother of Ahaziah saw that her son was dead, she arose and destroyed all the royal heirs. But Jehosheba, the daughter of King Joram, sister of Ahaziah, took Joash the son of Ahaziah, and stole him away from among the king’s sons who were being murdered; and they hid him and his nurse in the bedroom, from Athaliah, so that he was not killed. So he was hidden with her in the house of the LORD for six years, while Athaliah reigned over the land. (2 Kings 11:1-3)

We all know that many people of great power are also people of low character. For thousands of years, philosophers have asked: does power corrupt people, or does it reveal what they were all along? 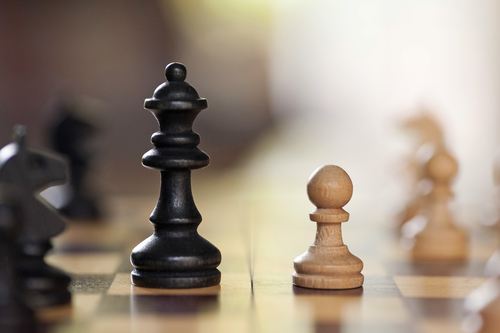 That’s a big question, and maybe it doesn’t have an absolute answer. But we do know one thing: many people show unbelievably low character trying to gain power. They can be vicious, violent, and lose all morality just to get to the top.

That’s the kind of person Athaliah the mother of Ahaziah was. When she saw that her son was dead (killed by Jehu, 2 Kings 9:27-29), Athaliah tried to use her son’s death to take power for herself, and Queen Athaliah reigned over the land for six years.

Look at the evil she did: she destroyed all the royal heirs. She tried to kill every descendant of the house of David. She hoped to murder every person from David’s royal line who might make a claim to the throne. Her plan almost worked.

She might have succeeded, except for a woman name Jehosheba. This little-known woman was like a pawn compared to Queen Athaliah. But through her courage and ingenuity, Jehosheba preserved the royal line of David through which the Messiah would eventually come. Evil people like Athaliah will begin their work, but God can always raise up a Jehosheba.

Ignoring the danger, Jehosheba saved the life of this one little boy. His name was Joash, and he was hidden with her in the house of the LORD for six years. For the sake of David, God remembered His promise and spared this one survivor of Athaliah’s massacre. The line of David was almost dead and continued only in the presence of a small boy, but God preserved that flickering flame.

Like the Samuel, the boy Joash grew up in the temple. Like Samuel, he probably found little ways to help the priests, whatever could be done without attracting too much attention. God had a heroic destiny for that little boy, but it would never have happened apart from the heroic work of Jehosheba.

Thank God that He knows how to raise up people like Jehosheba. This pawn defeated a queen! No one can out-smart God or defeat His purpose. But this passage leaves us a choice: will we do damage to others through the lust for power like Athaliah, or will we be heroic servants like Jehosheba?

Promises to the Servant
Scroll to top